James Burns: Imagine Christmas Opposite, without this sacred season 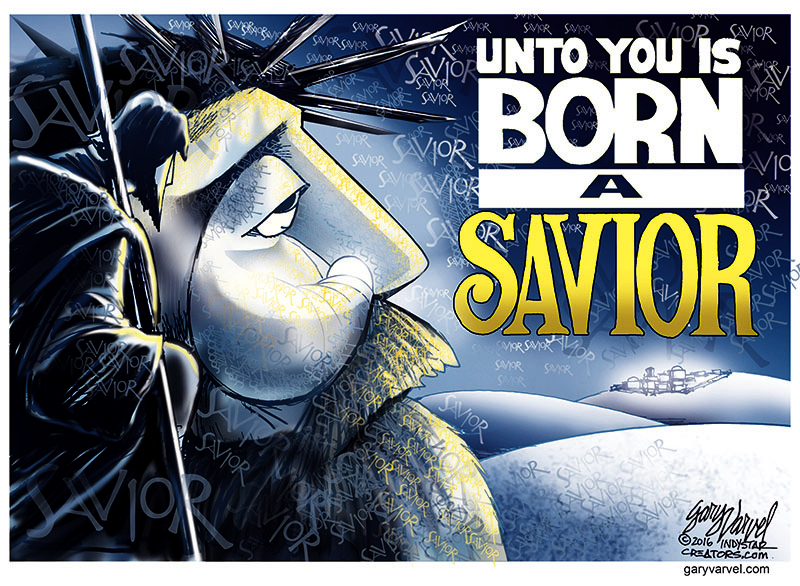 The magic of Christmas comes in many shapes and forms. I remember the shiny gloss of a purple-and-white J.C. Higgins bicycle at age 8. The next year was even better — a Lionel train whose sleek black engine could puff smoke and race around the track, pulling an orange boxcar, a silver tanker car, and a bright red caboose. I would let out a cry but secretly thrill to see it fly off the tracks when I raced it around a curve at too high a speed.

We often had a white Christmas where I grew up, the yard carpeted with thick snow, icicles clinging to window frames and my mother sowing the window sill with seeds for the birds from the nearby woods. A bright red cardinal would come to the window when Mother ran a little bell. All magical in a child’s mind.

I can even glimpse what a Christmas was like for my mother when she was 3 years old — back in 1907 — since her own mother wrote a letter that day, describing a Christmas program of songs and recitation at the local school. They asked two boys what they wanted to be when big. One said he was going to be a “splendifferous” lawyer, another “a preacher and preach as loud as I can.” Each of the 85 children in the program received a gift bag of candy, nuts and fruit.

Back at the family farmhouse, the gifts included flannel shirts for the boys, blocks and a picture book for my mother and a ladder wagon for her twin brother.

But work remained an integral part of farm life in 1907. The day before Christmas, the boys “shucked 23 shocks of corn” and my grandmother ended her Christmas Day letter with: “I must close and get to work. I want to wash windows this afternoon.” Less magical but realistic.

Christmas can come with deep spiritual meaning for Christians while coexisting with a secular Santa and a gift-oriented holiday, as well as with Hanukkah and other religious celebrations of deep spiritual meaning for those of other faiths. Having both a personalized and a generalized significance is part of Christmas magic. This magical facet of a Christmas that we all can share can be seen by what it is not — call it Christmas Opposite.

The magical generosity that pervades a genuine Christmas spirit was perhaps best described by a newspaper editor’s reply to a little girl’s question about the nature of Santa Claus. “Yes, Virginia, there is a Santa Claus. He exists as certainly as love and generosity and devotion exist…The most real things in the world are those that neither children nor men can see…You can tear apart a baby’s rattle and see what makes the noise inside, but there is a veil covering the unseen world which not the strongest man..could tear apart. Only faith, poetry, love, romance can push aside the curtain and view..the supernal beauty and glory beyond (The New York Sun, Sept. 21, 1897).”

You have the Christmas spirit if you see a neighbor in need and help; if you hear the bell ringer’s call and give; or if the sight of a child in tattered clothes or an aged person in the hospital brings a tear to your eye. And you embody the Christmas spirit when you see people, even strangers, hungry and thirsty, scantily clothed and cold, sick or in prison — and feed them, give them drink, clothe them and visit them. The Christmas Spirit is ageless, timeless, loving, giving and generous. It can be no other.