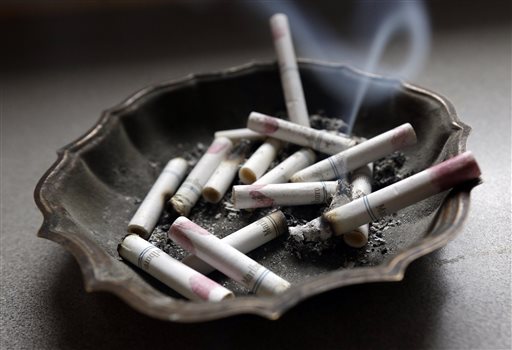 Letter: Society has a right

There is a growing interest in a tax on meat, eggs and dairy products designed to curb the self-destructive health impacts of their consumption and to effectively compensate society for the associated devastating environmental impacts.

The concept is hardly radical. We already pay similar taxes on tobacco and alcohol products. A number of states have or are considering imposing taxes on junk foods.

Public subsidies for tobacco, meat and dairy, and corn production added fuel to the debate.

I would argue that society has a right to regulate activities that impose a heavy burden on the public treasury. National medical costs of dealing with our obesity epidemic, associated with consumption of meat, dairy, and sugars, are estimated at $190 billion. Eliminating subsidies for these products, as well as judicious taxation to reduce their use and recoup public costs should be supported by health advocates and fiscal conservatives alike.

Benjamin Franklin claimed that “In this world nothing can be said to be certain, except death and taxes.” Ironically, death can be deferred substantially by taxing products that make us sick.

The revenue would reimburse the Medicare and Medicaid programs for treating victims of heart disease, stroke, cancer, diabetes and other chronic killer diseases that have been linked conclusively with consumption of animal products.

It would pay for restoration of waterways and wildlife habitats that have been devastated by production of these items.

Letter: Spencer does not lack restaurants

This letter is in response to Judy and Doug Schenk’s opinion about the lack of restaurants in Spencer, published Friday,... read more