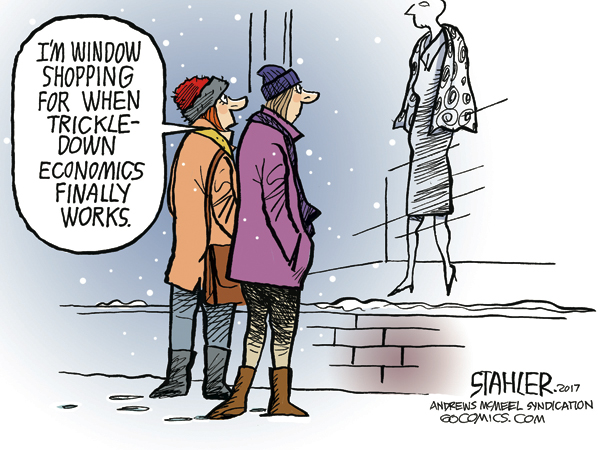 Having known Shelia since middle school and out in the community, I would like to wish her the very best in the next phases of life. She has always had a desire to achieve and conquer. She will make a wonderful softball coach and will make a great mentor to the students of North Rowan High School. Go, Shelia!

Grateful for her dedication and service; she will truly be missed.

So proud of you, Shelia, for helping us civilians be safe and for all the time and service you gave. Also enjoyed all the years of playing softball with you. Best days ever! Will always love you, Shup.

What a great tribute to Shelia on her outstanding career. I knew when she was a teenager she would succeed in what she wanted to do.

Capt. Lingle is the best!

It’s not the grading scale that matters, it’s the success of the school system in educating children. The grading scale could be a 20-point scale and the letter grades would look a lot better, but the knowledge each child has would remain the same.

Someone needs to ask Kathy Manning where the concern was for working across party lines when 100 percent of the Democrats voted for and passed Obamacare, the largest single piece of legislation to explode the deficit.

The difference between the two is one (Obamacare) sucked the life out of an already struggling economy at the expense of the working taxpayers, and the other (tax cut package) allows me to keep more of the money I earn.

Sorry, Ms. Manning, but it is high time legislation is passed that gives me and not Washington the control of my purse strings.

Yes, you are so right. And those Republicans who are trying to undermine the Mueller investigation are doing so because they rightly fear the Trump administration and Trump are, indeed, guilty.

Letter: Severance pay should have gone toward client services

Richard Topping and his top executives have countersued, saying that the Department of Health and Human Services did not have the authority to take over Cardinal.

I hope that karma is quick and swift. I pray that his greed and his total disregard for the consumers he was supposed to serve will land him in jail.

I am being very vocal that letting them retire with this golden parachute is not acceptable. Those monies need to be returned, and those responsible for this fiasco should be held accountable.

Lawrence O’Donnell isn’t an “anchorman.” … He’s a commentator. His commentary is red meat for one slice of America, just as Bill O’Reilly’s — for example — is for another. You shouldn’t look to either of them for impartial balanced opinions.

As a historian, you must certainly be aware that history is a social construction, not a fixed assemblage of factual details. As society changes over time — and it does change — history changes as well. Later generations are free to arrive at different interpretations from their fathers and grandfathers.

… (David) Brinkley’s ethics were mightily swayed by payments he received from corporate agriculture giant Archer Daniels Midland. A younger version of ourselves didn’t detect such ambivalence in our icons. Today, I have a more nuanced view. They weren’t all that unique, just men who lived in their own time.

Lee? He inhabited his own time as well. In the 21st century, there’s more than one lesson to be learned from the man’s actions. He certainly wasn’t solely responsible for four years of carnage, but he had a hand in it.

It’s easy for O’Donnell to argue against a man 150 years gone. It’s also easy for others to puff up a historical figure into a demigod far beyond his human achievements or failings.

… Other voices: Budd may be in trouble

For the record, two other candidates have filed as Democrats to repeal and replace Ted Budd. Beniah McMiller and Adam Coker are both running for the seat, as the biased News and Record of Greensboro should have stated.

Listen to the candidates and make up your own mind. But whatever happens, Budd must not return to Washington as he does not represent his constituency.

… My Turn, Patrick Coleman: What the loss of net neutrality could mean for you

I would prefer as a consumer to not have “fast lanes” and “slow lanes.” Binge watching Netflix for no extra cost is a popular consumer’s dream. Could the same principle be applied to Duke Energy, though, which charges extra when consumers turn the A/C on high in summer months? Would it apply to Harris Teeter and other supermarkets, where consumers could demand a flat monthly rate for groceries, regardless of how much they consume?

We are conditioned to expect to pay more for products and services based upon more consumption, but somehow internet use is viewed differently.

There are many competing interests in the net neutrality equation, and there appear to be few simple solutions that would please everyone.

I am a satisfied user of Fibrant, an internet service provider that has been committed to providing high-speed access to all its consumers. I am grateful for Fibrant’s policy, and perhaps that will help Fibrant compete in a progressively costly internet access marketplace.

I recall conversations and warnings back in the Great Recession — now approaching 10 years old — that the unemployment statistics released by the government were usually inaccurate because it did not include those who had been unemployed for an extended period of time. There is some truth in that, as the Bureau of Labor Statistics considers a subset called “discouraged workers” and those who are “marginally attached to the labor force.”

One can see exactly how the government computes its unemployment statistics: https://www.bls.gov/cps/cps_htgm.htm

… Christmas in the Grove brings about family fun

This event is awesome. I’ve taken the kids. They loved the sledding, s’mores and the hot dogs Oh yes, I like them too. Great family fun. Glad they now have three raceways for sledding. Next year we hope to ride the horse and carriage.

… Cokie and Steven Roberts: Trump is a loser

There is an old adage that says, “Knots tied by the wise cannot be undone by fools.” No. 45 and his minions will be brushed aside when more of us learn that we were bamboozled, lied to and had our nation stolen from us.

It’s way past time to put the people, their best interest and wellbeing ahead of corporations and vulture capitalists.

So sorry for this loss. Praying for the victim and her family.

I recently had a death in my family, and I know how hard it is to face each day. Try to remember she is in heaven with God and her husband and is not in any pain or sorrow. even though her family is.

May God hold you all in his loving arms at this sad, sad time.