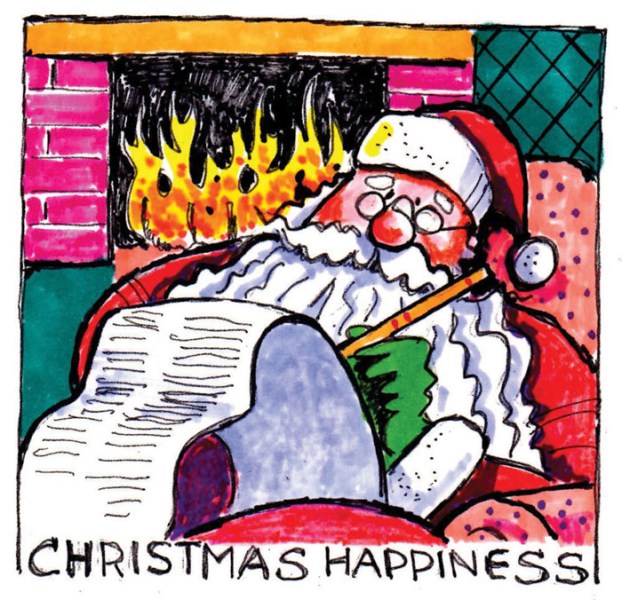 SALISBURY — When Carolyn Barker and her classmates from the Class of 1955 of Spencer High School couldn’t decide what to do with the money collected for their reunion a few years ago, they settled on making a donation to the Christmas Happiness Fund.

The fund has been around since 1952. It was started by Salisbury Post editor Spencer Murphy, who asked the Rowan County community to dig into its pockets to see that local children who would not have received much for Christmas could get some gifts.

The Salisbury Post collects the donations and turns them over to the Salvation Army. The local organization distributes gift cards that are used at a local business by eligible families. Parents are able to buy gifts for their children.

Any donation given at this time will help with last-minute additions to the list of those in need and to begin the fund for the next year.

Each family is given a $35 gift card for each eligible child that can be used for purchases at Kmart.

Barker said when she graduated from high school, there were 56 students in her class. The last year it was called Spencer High School was 1958; it was renamed North Rowan High.

Over the years, the former students had reunions, but in recent times many have died, so they long ago stopped having an official reunion. Barker said some of the alumni still gather for dinner.

About 10 years ago, they began collecting a memorial fund but weren’t sure what to do with the money until a classmate suggested the Christmas Happiness Fund. The group donated $400 this week.

This is the third year the alumni have made such a contribution.

In honor of 4 D’s of Andrew Jackson Lodge 576, $100
In memory of Spencer High Class of ’55 by Spencer High Class of ’55, $400
In honor of the staff and clients of Rowan Vocational Opportunities by Tim and Karen Deal, $25
In memory of the best grandmother ever, Mama Burton, and in honor of our awesome grandfather, Papa Floyd Burton, who will celebrate his 98th birthday on Dec. 28. Merry Christmas and happy birthday, Papa! by Drew and Chris and Bubba and Megan, $50
In memory of Buck Hurley by the Leazer family, $50
In honor of our beautiful granddaughters, Madison Long, Calleigh Reavis, and Skylar Reavis, by Fred and Mary Long III, $50
In loving memory of Dimp and Myrtle Roberts by Ginny P. Mabey and Andy Parnell, $150
In loving memory of Irvin Sr. and Melba Parnell by Ginny P. Mabe and Andy Parnell, $150
Ross Coile, $50
In memory of Roy and Gladys Stokes by Barry Stokes, $50
In memory of my husband, Jim Cody, and my parents, Carl and Ada Sharpe, by Sandra Cody, $50
In honor of our friends and neighbors in Milford Hills, $250
In loving memory of Donald O. Byerly by wife, Sarah, children Lynn (William) and Don, grandchildrenAshley (Leonard), Paul (Rachel) and D.J., and great-grandchildren, Katelyn, Parker, Ava and Landon, $100
Red Stocking Fund by Rock Grove United Methodist Church, $280.50
In honor of Juanita Lagg by Jeanette Yost, $25
In memory of Louise Tucker, $100
In memory of our uncle and friend, Justin Monroe, our granddaddy and friend, Eddie Monroe, by Rob and Caroline Monroe and Corbin and Abby Smith, $40
In memory of Louise and Haywood Basinger and Etta and Charlie Eagle by Dottie and Carl Eagle, $100
In honor of our parents, Robert and Carolyn Myers and Bud and Nan Graeber, by John and Betsy Myers, $50
Anonymous, $200
Canterbury Book Club, $100
Members of the 1959 graduating class of Boyden High School, $255
In memory of Fred. C. Josey by Bille Josey and family, $25
In memory of Chester and Ella Adams and Paul and Jane Gealy by Judy and Sam Gealy, $50
In honor of our very special neighbors, Aunt Shully and Uncle Ned, $75
In honor of Faye Hollar by Kenneth Hollar, $50
In memory of Clay Thomas by Georgianna, Vance, Van and Blake, $200
In memory of AKA Sorority Inc. Delta Xi Omega Chapter members and in honor of AKA Sorority Inc. Delta Xi Omega Chapter members, $100
In memory of Helen Little and Blanche Hefner by Phyllis and Charlie Little, $100
Today’s total: $3,225.50
Running total: $44,823.03
Contact reporter Shavonne Walker at 704-797-4253.
You Might Like

GREENSBORO — A former Rowan County man faces 25 years in prison after pleading guilty to one count of production... read more