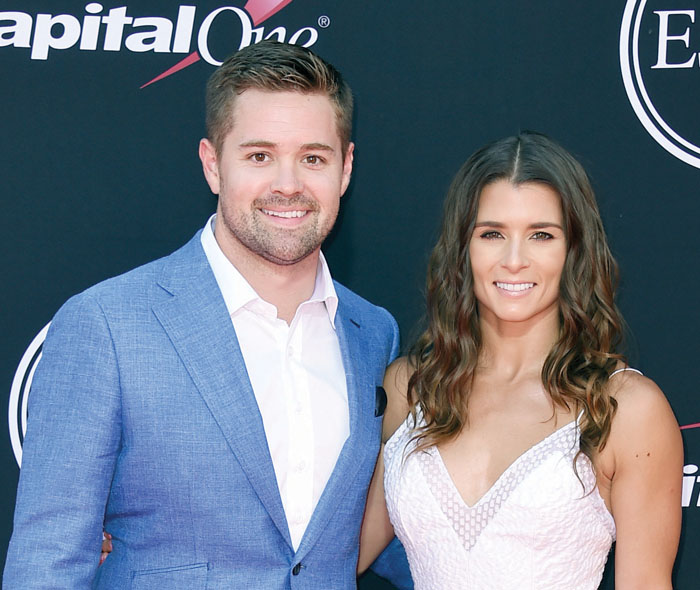 FILE - In this July 12, 2017, file photo, NASCAR drivers Ricky Stenhouse Jr., left, and Danica Patrick arrive at the ESPYS in Los Angeles. Danica Patrick and Ricky Stenhouse Jr. have ended their nearly five-year relationship. A spokeswoman for Patrick confirmed to The Associated Press on Monday, Dec. 18, 2017, that the race car drivers "are no longer in a relationship."(Photo by Jordan Strauss/Invision/AP, File)

A spokeswoman for Patrick confirmed to The Associated Press on Monday that the drivers are “no longer in a relationship.”

Patrick didn’t attend the season-ending awards ceremony last month in Las Vegas with Stenhouse, who was honored for making NASCAR’s playoffs in 2017. That led to speculation about the most high-profile couple in motorsports.

Patrick and Stenhouse announced they were dating in early 2013. She confirmed that by telling the AP: “I have a boyfriend, his name is Richard.”

It was an unconventional pairing. They raced against each other weekly, and over the course of their relationship they clashed competitively, leading to post-race disagreements.

Patrick is 35 and had been previously married before she began dating Stenhouse. He recently turned 30.

She has made no secret of a desire to marry again, and revealed in a recent documentary directed by Hannah Storm she has frozen eggs in case she decides to have children one day.

Patrick is retiring as a full-time driver and hopes to end her career next year by racing in the Daytona 500 and the Indianapolis 500. It’s an outgoing celebration she has dubbed the “Danica Double.”

Her 90-day fitness plan book “Pretty Intense” will be released next week.