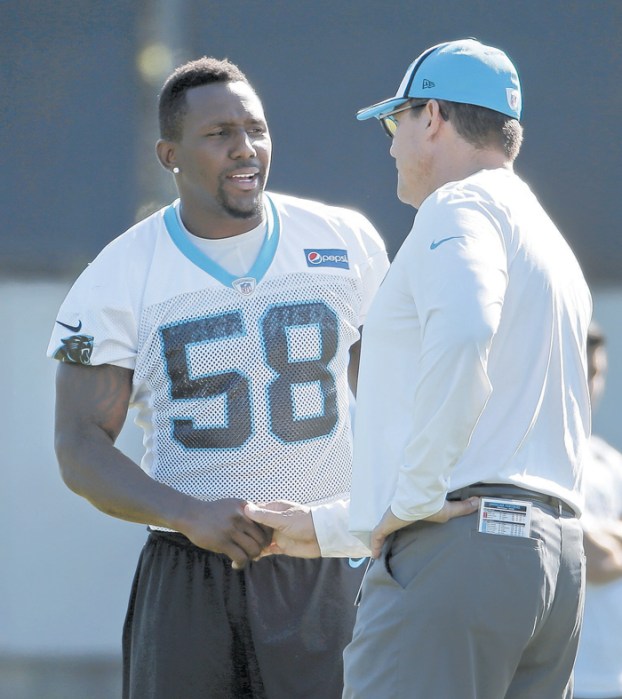 NFL reduces suspension for Panthers’ Davis to one game

CHARLOTTE (AP) — The NFL has reduced linebacker Thomas Davis’ suspension from two games to one following his appeal.

Davis can return to play in Carolina’s regular-season finale on Dec. 31 against Atlanta. Carolina (10-4) can clinch a playoff spot Sunday with a win against Tampa Bay (4-9).

Adams left Sunday’s 31-24 loss to Carolina in the third quarter with a concussion after being blindsided by Davis following a Carolina interception. Davis was penalized 15 yards, but not ejected.

Davis, the 2015 NFL Walter Payton Man of the Year, was visibly upset on the sideline after the play. He tweeted an apology to Adams on Monday.