Letter: Tax cut benefits will not trickle down 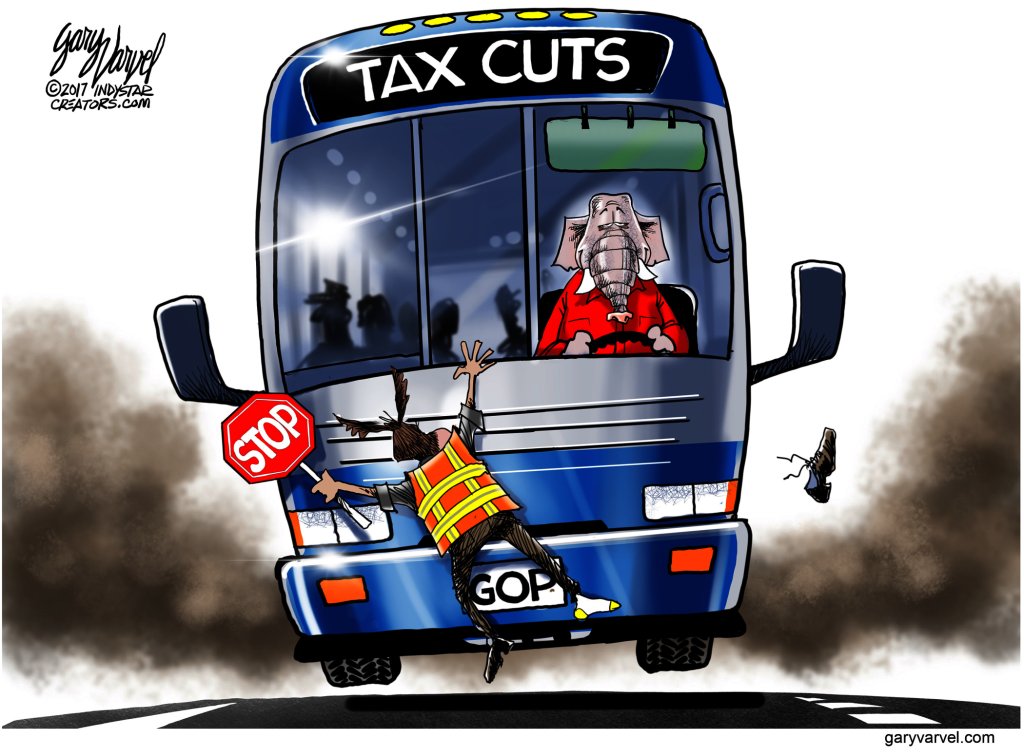 I was a born and bred Republican, then in the late 1980s I got tired of the misinformation they constantly spew.

The Reagan tax cuts of ’81 and ’86 didn’t work. In fact, it was the beginnings of our out-of control national debt. Then they tried it again with the Bush tax cuts of ’03, and it didn’t work again. In fact, it was those along with the Republican propensity to allow the “too big to fail” big banks unfettered leeway with Wall Street that led to the financial crisis of 2008-09.

Now, you don’t have to listen to me, but any and all responsible voters ought to at least pick up a history book or go online for 15 or 20 minutes and do minimal research on the topic of U.S. tax cuts and their effect on the economy.

The Trump/GOP Tax Cuts and Jobs Act will not trickle down to the middle and lower class, nor will it increase jobs. It will fill the pockets of big corporations that are already sitting on a pile of cash. What they will do is buy back their shares and fatten the pockets of their already overpaid corporate executives (the 1 percenters) further extending the wealth inequity in the U.S.