Letter: Another look at Alabama election 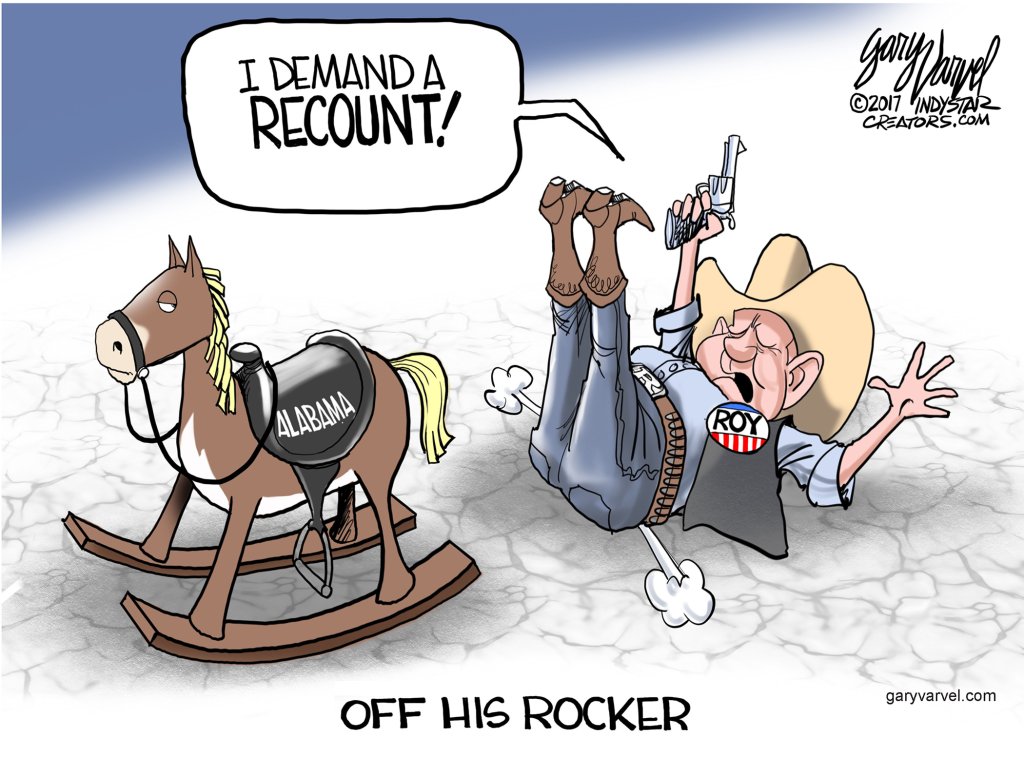 The election is over and Democrat Doug Jones has defeated Republican Roy Moore in Alabama’s special election. Several writers with letters to the editor have expressed their disdain for the president throwing his support for a man accused of sexual misconduct, all alleged and not proven.

Let’s focus a moment on this word, “alleged,” for sexual misconduct which occurred 30 years ago. Let’s assume the accusations are true. I’m not saying they are; I’m just saying let’s assume they are true.

The first question I have is, are we to believe once a pedophile always a pedophile? If so, then where are those women he might have assaulted recently, say in the last 15 or 20 years? Secondly, who made it their business to find these accusers from 30 years ago? The obvious answer is that Democrat operatives apparently made it their business to find or, better yet, make up these allegations.

If Roy Moore was guilty of these accusations 30 years ago but has changed, where is the forgiveness for those who once sinned? Why, those without sin are throwing stones, of course.

Since we don’t seem to have any recent sexual misconduct, maybe he has changed over the years and is no longer a pedophile, if in fact he ever was.

And last, speaking legally, should we not consider someone innocent until proven guilty? Oh no, these allegations are so serious they must be true.

We could have used some of this righteous indignation back in the ’90s when Bill Clinton was president and involved in his litany of sexual misconduct.

Oh, and by the way, I also am registered unaffiliated.