Ed Rogers: Economy is revving, but will Trump get credit? 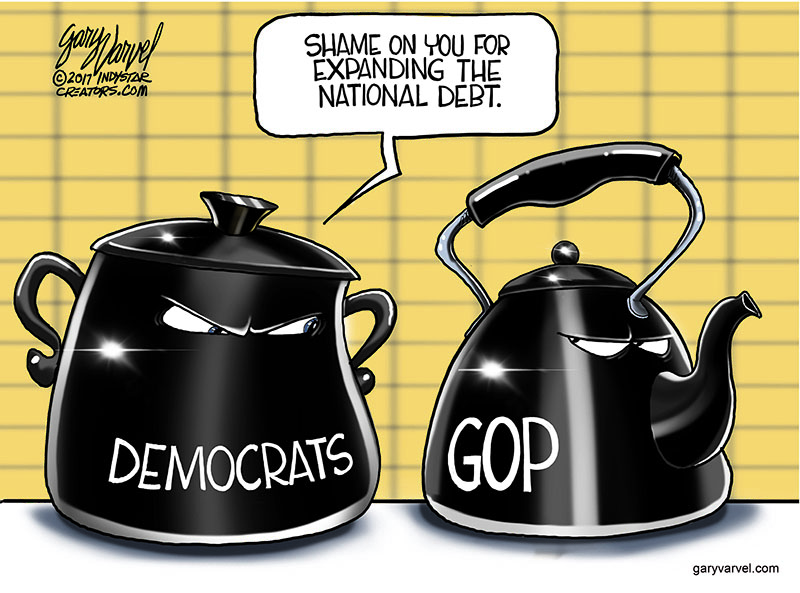 As real data and anecdotal accounts of a growing economy begin to pile up, it will be interesting to see whether the media gives President Donald Trump even partial credit for the building momentum. And it isn’t just a question of whether the media will treat Trump fairly, but also a question of whether giving credit where credit is due will have a positive effect on his approval ratings and lift the Republican Party’s prospects for the November 2018 midterm elections. It is important that Trump and Republicans be associated with the robust economy.

Throughout President Barack Obama’s reign, the media rarely if ever blamed him for subjecting the American people to years of historically weak economic performance. There was little criticism of his high-tax, job-killing policies, and practically no one dared to question the thousands of burdensome regulations produced by Obama’s imperial presidency.

Indeed, Obama was the only president who never had a single full year with 3 percent GDP growth in the post-war period despite adding more than $9 trillion in debt. Yet there was never much analysis by Democrats and the media of the damage wrought by the hundreds of billions of dollars in economic activity that didn’t happen.

Fast-forward to 2017, however, and there is no shortage of stories suggesting that people will die as a result of the Trump tax cuts. Death by tax cuts? Hmm.

The prospects of a robust economy have made the Democrats come unhinged. In typical Vox fashion, liberals are running stories with hyperbolic headlines such as “We’re witnessing the wholesale looting of America.” And comically, liberals have suddenly become fixated with the nearly $1.5 trillion that Republican tax cuts might add to the nation’s debt.

In other words, they are sounding the alarm that Republican tax cuts could add to the debt in 10 years what Obama added, on average, every 16 months of his presidency. But back then, doubling the debt and transferring wealth were considered “stimulus.” Heaven forbid that Republicans try something different.

Anyway, here we are. The economy is revving. For the first time in 11 years, more than half of those polled by the CNBC All-America Economic Survey say the economy is good or excellent. Consumer sentiment is high, and optimism among small businesses is nearing the record set under President Ronald Reagan in 1983. But will Trump get credit?

As much fun as it is to blame the mainstream media and call out its biases, news outlets aren’t Trump’s only problem in communicating his message. The president supplies an endless stream of his own distractions that not only diminish important news about the nation’s growing prosperity but also alienate voters who might otherwise warm to his stewardship of the economy.

Perhaps voters are going to realize the impact Trump is having on the economy. Let’s see whether the media even acknowledges that something positive is happening, much less gives Trump any credit.

Ed Rogers is a contributor to the PostPartisan blog, a political consultant and a veteran of the Ronald Reagan and George H.W. Bush White Houses and several national campaigns.

Complicity and the opioid crisis