Complicity and the opioid crisis 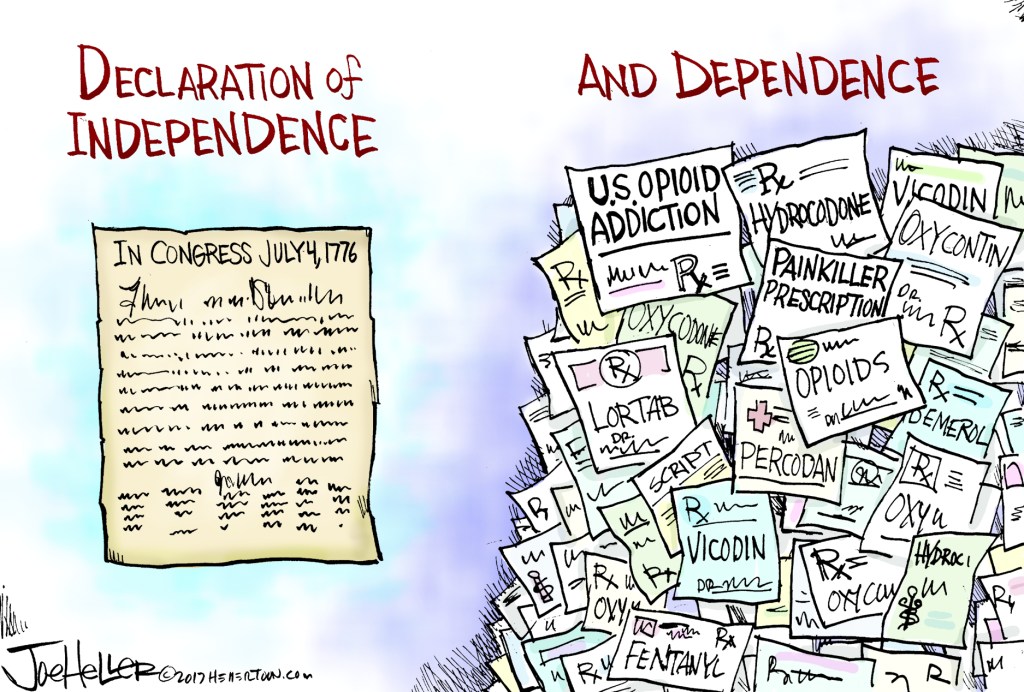 For years, the opioid crisis was described as one of negligence. In this narrative, doctors overprescribed pills that shouldn’t have gone to patients and pharmaceutical companies overzealously promoted medications while playing down the risks.

But new reporting demonstrates how this version might understate the role of drugmakers in the opioid crisis. The Post and “60 Minutes” reported that some of the Drug Enforcement Administration’s most experienced investigators believed criminal charges were warranted against one of the largest pharmaceutical companies in the world, alleging that the company, McKesson Corp., did little to prevent huge quantities of addictive opioid medications from being diverted to illegal use by pharmacies that were, in some cases, knowingly supplying illegal drug rings.

In other words, this isn’t just a story of simple negligence; it’s a story about whether drug manufacturers and distributors turned a willfully blind eye toward illegal drug trafficking.

Defenders of opioid painkillers often argue that these medications are essential to people with chronic pain and that the vast majority of opioid prescriptions do not result in addiction or abuse. Instead, they contend, the prescription drug crisis is a myth and the real problems are more powerful, nonmedicinal opioids such as heroin and fentanyl, which account for the lion’s share of overdoses.

But to focus only on these facts lets drug producers off the hook. The National Institute on Drug Abuse has found that nearly 80 percent of all heroin users in the United States started with prescription opioids. Some of these people began using opioids through pain treatments; others became addicted as millions of pills ended up in black markets.

Pharmacies, drug manufacturers and even regulators and lawmakers all played some role — knowingly or not — in a chain that reached massive numbers of illicit users. McKesson was not charged with a crime — DEA investigators were overruled by the Justice Department in 2015 — and the company denied any “criminal intent or the violation of any criminal law” in a statement to The Post. But DEA agents reported that the company failed to review orders of “suspicious activity,” according to documents obtained by The Post.

In one instance, McKesson supplied so much oxycodone to a single pharmacist in Colorado that the company not only filled his orders, it raised the limit that it had set for shipments of opioid painkillers to the pharmacy. Even though that pharmacist was selling as many as 2,000 pain pills a day in a city with 38,000 people, McKesson didn’t report the activity until after the DEA opened a criminal investigation against the pharmacist, who is now in prison for drug trafficking.

Even still, DEA lawyers opted not to pursue criminal charges or take administrative action against the company. Instead, they settled with McKesson.

So far, DEA has fined McKesson twice for its opioid distribution practices — $13.25 million in 2008 and another $150 million this year. But McKesson has revenues of almost $200 billion annually. More than $2 billion of that is profit. The company’s chief executive has made $639 million over the past decade.

Demanding more action from the government is not meant to disrupt the lives of patients with pain. It’s to ensure that those who have been feeding the deadly addictions of our most vulnerable — reaping hefty profits in the process — are held accountable.

This is not too much to ask. There’s an abundance of corpses and orphaned children across the country that tells us why.