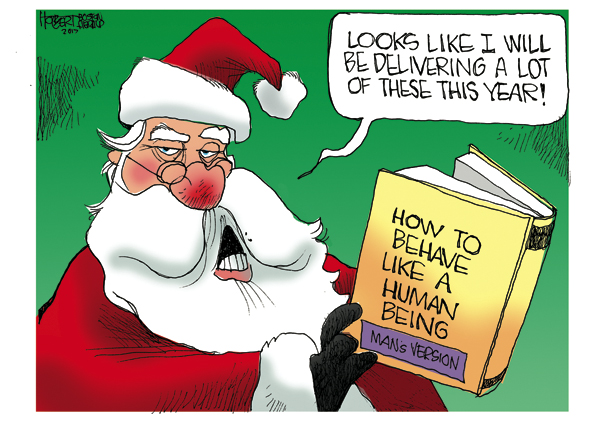 Two months into the scandals and national reckoning that followed charges of sexual abuse and harassment against movie mogul Harvey Weinstein, the #MeToo movement that spurred it on appears to be entering a new reckoning of its own: fear of a backlash.

No, it is not the sort of backlash that brings men to the streets to defend sexual harassment or assault as if it were a good idea. But that doesn’t mean a lot of us men and even some of our female allies fear this movement could go too far.

Whether you think that concern is warranted or not, it deserves a hearing so that terms like “fairness” and “due process” still have meaning — and so that the movement can maintain its credibility.

Sheryl Sandberg, chief operating officer at Facebook and author of the best-selling “Lean In,” raises that concern in a new essay posted to — where else?— Facebook. She is delighted by the #MeToo campaign, she points out, and the reckoning that has led to the firing or shaming of famous and powerful men in Hollywood, news media and politics.

She recounts how she, too, has experienced harassment during her climb up the corporate ladder, such as, “a hand on my leg under the table at a meeting,” married men offering “career advice” and, most alarming, a man at a conference who came to her hotel room late at night and banged on her door until she called security.

“For the first time in my professional life,” she writes, “it feels like people are finally prepared to hold perpetrators responsible. I’m cheering.”

Well said. A similar concern was voiced in a recent New York magazine article by Rebecca Traister, author of “All the Single Ladies: Unmarried Women and the Rise of an Independent Nation.” After recounting the progress that has been made, she writes: “Yet you can feel the backlash brewing. All it will take is one particularly lame allegation — and given the increasing depravity of the charges, the milder stuff looks lamer and lamer, no matter how awful the experience — to turn the tide from deep umbrage on behalf of women to pity for the poor, bullied men.”

Yes, she points out, all it would take is one false accusation or one man unfairly fired over a misinterpreted bump in the elevator to “transform all of us women into the marauding aggressors, the men our hapless victims.”

This has led to a lot of questions that I have heard raised by my fellow men in recent days, such as:

“Are we going to have to stop hiring women?” Please. The answer is not to avoid hiring or promoting women. It is to not sexually harass them.

“So, what’s the harm in a little flirting? Is that so wrong?” Sometimes, yes. The problem comes when one man’s flirting becomes a woman’s abuse.

“Is this the end of dating in the office?” See my previous answer.

The answers begin with more conversation and debate, not by avoiding any opportunity to talk about the topic at all.

We live in a time in which claims of victimization are a popular political weapon of choice. The worst case scenario would be for men in power to see in this period of reckoning not the threat men pose to women but about the possible victimization of men.

As a man in these times, I feel thoroughly warned. The next step for all of us should be to gain a better understanding of how the world looks to members of the opposite sex. As long as one gender constantly sees threats that the other fails to notice, we have a lot more talking to do — and, even more important, listening.

Clarence Page writes for the Chicago Tribune. Email him at cpage@chicagotribune.com.