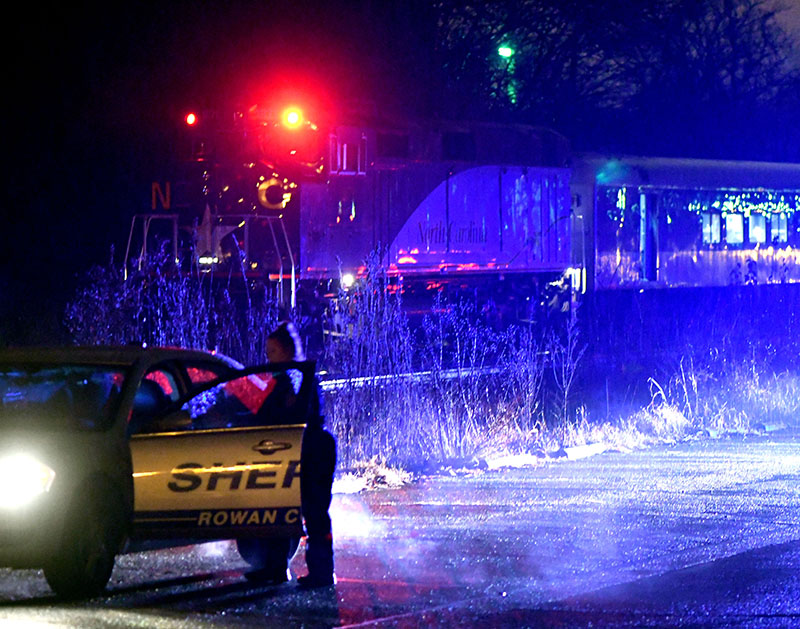 An Amtrak train hit a person on the tracks near East Harrison Street on Wednesday evening. Jon C. Lakey/Salisbury Post

SALISBURY — An Amtrak train struck and killed a man on the tracks near East Harrison Street early Wednesday evening.

Salisbury police Lt. Greg Beam confirmed the fatality. The man has been identified as Katrion Cowan, 35, of Salisbury.

The accident was called in about 6 p.m. Train personnel went back and located the man’s body after the train had come to a halt near Military Avenue in front of the vacant Cone Mills plant.

Numerous law enforcement personnel were on the scene if needed for a search on the rainy night.

The Piedmont, headed from Charlotte to Raleigh, was due at the Salisbury Station at 5:59 p.m., but after the accident it was stopped less than a mile from the depot.

Wednesday night, the Piedmont included the lead engine, two passenger cars, and a dining car, and it was pulling a second engine.