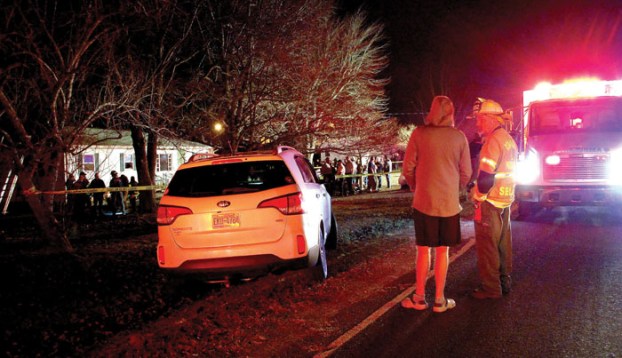 A firefighter talks with a man in front of the house that caught fire Tuesday night on Concordia Church Road in China Grove. (Jessica Coates/Salisbury Post)

CHINA GROVE — One person is dead after a fire broke out in a house on Concordia Church Road in China Grove on Tuesday night.

Greene said the fire started inside the house and that smoke was escaping through the eaves.

At least four volunteer fire departments responded to the fire: Atwell, West Rowan, Locke and Landis. Greene estimated that 30 to 40 first responders were on the scene.

Rufty-Holmes Senior Center was the scene Friday for a drop-in 95th birthday party for one of its most loyal patrons... read more