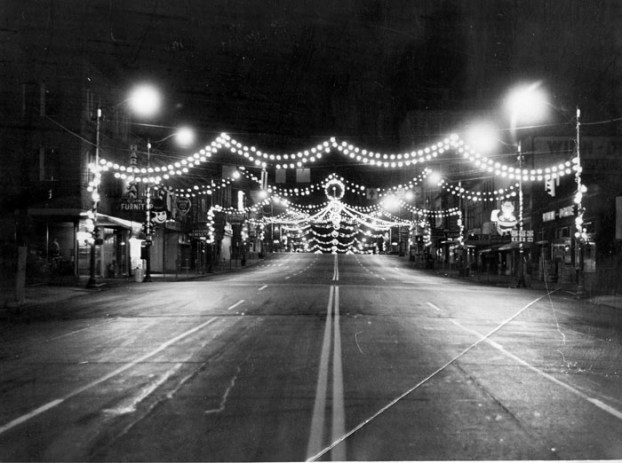 For years, a sure sign of Christmas for Salisburians was the display of Main and Innes street lights downtown, as shown in this Post file photograph from 1963. Parents often made special trips to the downtown at night to show their children what seemed to endless rows of Christmas lights. Commercial pilots flying to Charlotte were said to reroute their planes to fly over Salisbury during the holiday season. The pilots would encourage their passengers to have a look out their windows at Salisbury’s Christmas display. Around 1964, wooden telephone poles that used to line the downtown streets were removed in favor of underground wires, meaning the poles which allowed for the many strands of lights to be strung across the streets were gone.

Yesterday: The Salisbury Post shows off its renovated digs Sept. 17, 1989

A lengthy line formed outside the newly renovated headquarters of the Salisbury Post on Sept. 17, 1989, a Sunday, as... read more