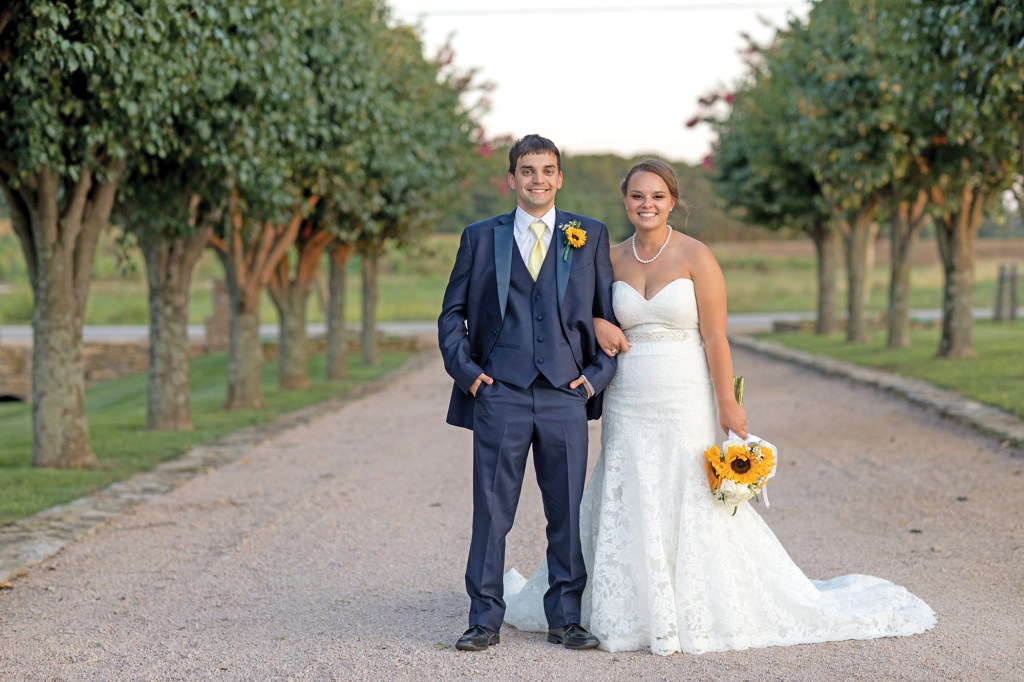 Rebecca Lynn Gibson of Cornelius and Douglas Joseph Petrea of Salisbury were united in marriage Sept. 9, 2017 at Villa Franca Estate in China Grove.

Rev. Tennyson Shifley officiated the 4:30 p.m. ceremony, which was followed by a reception at Villa Franca Estate in China Grove.

The bride was escorted by her father, Jim Gibson, and attended by friend, Laura Deem of Charlotte, as maid of honor. Bridesmaids included sisters of the groom, Beverly Smith and Stephanie Petrea, both of Faith and friends of the bride, Lauren Rush and Madison Miller, both of Raleigh.

Joe Petrea was his son’s best man. Serving as groomsmen were brother of the bride, Ben Gibson of Charlotte, brother of groom, Brian Robertson of Woodleaf, and friends of the groom, Chris Holmes of Charlotte and Joel Brittain of Raleigh.

Elsie Ball of Faith, niece of the groom, served as flower girl and cousin of the bride, Charlie Taylor of Charlotte served as ring bearer. Friends of the bride, Jodie Winchester and Amber Henry of Raleigh served as honorary bridesmaids.

Following their wedding trip to Jamaica, the couple is making their home in Cornelius.