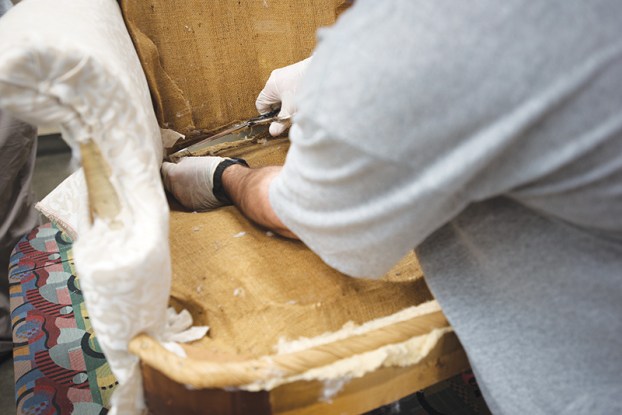 Lawmakers who hold the purse strings should be paying close attention to the N.C. Department of Public Safety’s efforts to ramp up prison security. The deaths of five prison officers this year point to the need for more staffing and security measures — something that should win bipartisan support.

Violence was too easy to carry out when inmates in Bertie and Pasquotank correctional facilities decided to go on the attack. In Bertie, an inmate beat Sgt. Meggan Lee Callahan to death with a fire extinguisher she had brought to put out a trash-can fire. In Pasquotank, inmates trying to escape killed the head of the prison’s sewing operation and four other people, beating them with hammers and stabbing them with scissors. It was a horrible, horrible scene.

Officers at Piedmont Correctional Institution in Rowan County have followed these tragedies and the changes that the state has made since then, to see how they’ll be affected.

The state immediately shut down the Pasquotank sewing operation. Yet where safety can be ensured, prisons should  keep inmates involved in productive activities that teach skills. Fortunately, there are no plans to close the reupholstery plant at Piedmont, according to Jerry Higgins, a communications officer for the Department of Public Safety. “However, DPS continues to conduct a thorough review of all inmate work assignments in Correction Enterprises operations since the Pasquotank CI incident of Oct. 12,” Higgins said.

Staffing was an issue at Bertie and Pasquotank, as it is at virtually every prison in the state. As of November, Higgins said, the Piedmont prison had 268 correction officer positions, but 40 were vacant. Another 18 employees were on leave of absence some time during the month. The state needs to figure out a way to keep these positions filled more consistently.

The state Department of Public Safety has listed more than a dozen steps they are taking to improve prison safety, including frisking everyone who enters the prisons, arming officers in medium-security prisons like Piedmont with batons, upgrading security cameras and improving fences. Perhaps most important, the department is creating a new security unit to develop safety training and ensure regular safety audits at all prisons.

… City looks at making Plaza building a hotel; many tenants opposed At the time, the 1989 gift of the... read more