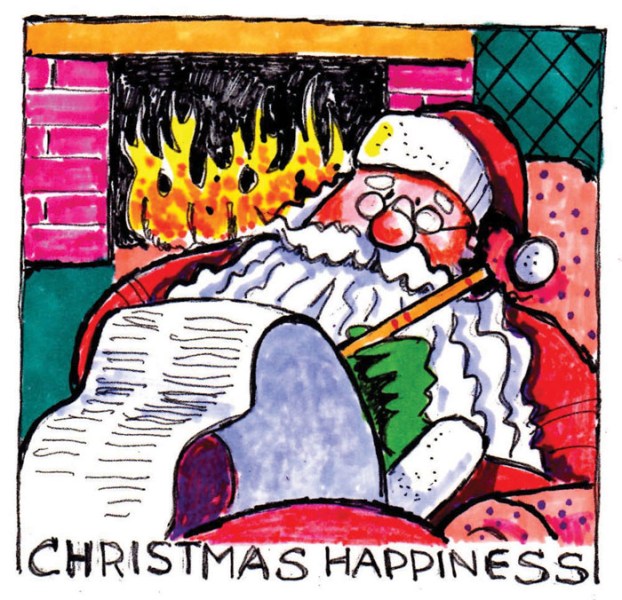 SALISBURY — Each year, the women of the Charity League of Salisbury make contributions to a number of local causes, but at the top of the list has always been the children who benefit from the Christmas Happiness Fund, said treasurer Carole Simmons.

The Charity League donated $500 to the Christmas Happiness Fund this week. It is one of about 30 agencies to which the group contributes.

The organization was originally called Kings Daughters, then was known as the Relief Fund of Salisbury.

The relief circle is made up of a number of local women who have for many years served the once-a-week meal for the Rotary Club of Salisbury.

“They would pay the ladies of the Charity League. The ladies still serve, and as a result of that, the Rotary still will give us a check, which they know we will give away,” Simmons said.

The Charity League made a $500 donation to the Christmas Happiness Fund. Frances Edwards is president of the league.

The Christmas Happiness Fund is a program that has been around since 1952. It was started after Salisbury Post editor Spencer Murphy asked the Rowan County community to dig into their pockets to see that local children who would not have received much for Christmas could get some gifts.

The Salisbury Post collects the donations from the community and those contributions are turned over to the Salvation Army of Rowan County. The local organization distributes vouchers that are used at a local business to eligible families where parents are able to buy gifts for their children.

This time last year, the community had contributed $30,872.57, placing this year’s contributions $172.43 ahead of 2016 totals. Donations will continue to be accepted through Dec. 20 so that volunteers are able to make sure eligible families can shop before Christmas. Any contributions donated after that date will begin next year’s fund.

In memory of Jack Hodges by Belinda and William Reid, $25

In honor of Cathye and Clarence Martin by Mark and Jane Ritchie, $100

In honor of Jean L Ray by Wilbert and Carolyn Lyerly, $100

In honor of Joe and Phyllis Freeze by Wilber and Carolyn Lyerly, $100

In memory of John Ervin Bame by Sarah Bame, $25

In memory of Nellie and Arthur Trexler, Bessie and Jewel Jones by Ken and Janet Trexler, $100

In honor of the Rev. Aldana Alan by Providence UMW, $300

In memory of Alice Jean Lyerly by Bettie and Jim Lyerly, $50

In loving memory of our Aunt Betty Ruth Hood, whose kind heart and loving spirit left a lasting impression on all our lives, by her nieces and nephews, $50

In memory of Mr. and Mrs, J.C. Livengood by the Livengood children, $100

In memory of Earl C Alexander by Carolyn Alexander, $100

In memory of deceased members by Salisbury International Women’s Club, $100

In honor of Macy Branson, Brody, Grant, Spencer, and Clayton, $200

In memory of Carl M. Benfield, Glenn R. Hartzoge, Mary B. Snowberger and Louise B. Hartzoge by Tim and Marsha, $75

In memory of Joyce Knelp, remembering her with love on her birthday, Dec. 17, by Debbie Eller, $25

In honor of Olivia, Sophia, Cooper and Avery by Pawpaw and Meme, $100

In memory of Ray and Irene McCombs by Gary and Sue Teague, $200

In memory of Michael Leonard Daniel, $25

In memory of Roy B. Staton by Geraldine Staton, $50

In honor of Wilbert and Carolyn Lyerly, $200

In memory of Clifford Ray and Wilbert Lyerly Sr. and Pearl Kluttz Lyerly, $300

In memory of W. Ralph Peeler and Ben B. Wagoner by Irene W. Peeler, $50

In memory of Giorgio and Mercede Porcari and in honor of RC Foster children by Sandy Porcari, $50

In loving memory of my husband, Tom McDaniel, by Peggy C. Daniel, $100

In memory of Junior Dean Wyatt by Betty Wyatt, $100

In memory of Hoy Stirewalt by Betty Wyatt, $50

In memory of Daddy and my sister Libby by Pam, $50

In honor of Melissa and Steve Butler by Pam, $25

In memory of Ralph Walton, a passionate Rowan County educator,  by Dale and Margaret Basinger, $100

In loving memory of my mother, Ruby Simmerson Chilson; my father, Henry Chilson; and my nephew, Nathan Eric Raymer, by Melanie Chilson, $25

In memory of Dr. Clyde Young by Rikki and Rebecca Spencer, $100

In tearful memory of Dixie Belle. She was not my dog, but she spent every weekend with me and walked 173 10K walks with me during the past eight years. She died May 10, 2017; and in honor of businesses downtown who grieved with me and especially to all the employees of the Stitchin’ Post, Fine Frame Gallery, Queen’s and Simply Sassy, $100

By Shavonne Walker shavonne.walker@salisburypost.com SALISBURY — A Salisbury man has accepted a plea for the February killing of Demareo O’Bryant... read more