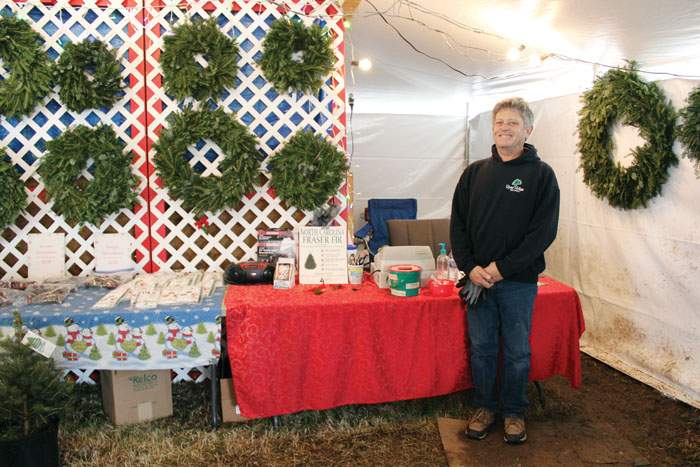 SALISBURY — Mike Blowers’ work at River Ridge Christmas Tree Farm has taught him many things over the years.

Most recently, he said, he’s learned that he can’t judge a book by its cover.

The lesson began last Monday about 7 p.m. A man that Blowers doesn’t know was standing just outside his Christmas tree stand on Jake Alexander Boulevard.

He was smoking a cigarette, right next to a sign that prohibited smoking.

Blowers said he called the man out, only for him to casually ask about the price of trees.

The man then donated $200 to the stand to be used “until it ran out,” Blowers said.

The gift would have helped about four customers, Blowers said. But the gift has kept going.

The next customers contributed $20 toward the pot. The next tipped $15, which Blowers and River Ridge staff contributed. In total, eight families received trees free of charge.

The last family came in at 8:58 p.m., just two minutes before the stand should have closed.

“What a huge blessing it was to hand those trees out,” he said. ” … It was just so cool to be a part of that.”

Blowers has worked at the River Ridge Jake Alexander location for five years. In that time, he said, he’s really grown attached to the Salisbury community.

“My Salisbury customers are all good people. … I only do this for two months out of the year for this company. The rest of the year, I’m a handyman,” Blowers said. “I look so much forward to coming down here and doing it.”

River Ridge has had its Jake Alexander tent for about 30 years. It donates trees to local businesses: Brookdale, the Rowan County Sheriff’s Office and the Salisbury Police Department.

Blowers said the stand has a reputation of being fair to everyone. This trust, he said, extends both ways — especially in light of that Monday’s donation.

“It’s just one of those things, like the pay-it-forward thing,” he said. “You just have to trust people. I would like to think that people like that have the Christmas spirit all year round.”