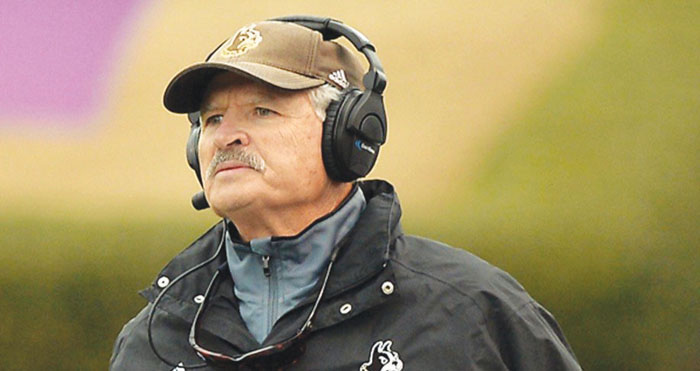 FootballScoop.com ... Wofford College head football coach Mike Ayers announced his retirement on Wednesday, after 30 years and 207 wins at the Spartanburg school. Ayers’ daughter, Courtney Kalinowski, resides in Rowan County with her husband, Piotr, and their children.

Ayers, 69, announced his decision Wednesday. He leaves with 207 wins at Wofford, the most in program history.

Ayers took the school from NAIA into the NCAA, first in Division II before stepping into the Football Championship Subdivision. The Terriers reached the Division II playoffs in 1990 and 1991. They made the FCS playoffs eight times since 2003, including the past two years. This season, Wofford finished 10-3 and reached the FCS quarterfinals before losing last weekend to North Dakota State.

The Terriers won five Southern Conference championships under Ayers including this past fall.

Athletic director Richard Johnson will head a committee to search for Ayers’ replacement.