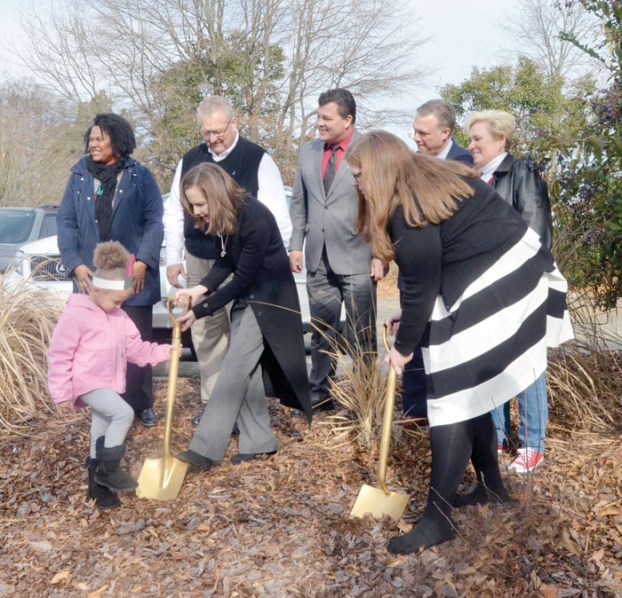 A growing need is leading to an expansion.

In the next six months, the child advocacy center, located at 130 Woodson St., will add 1,600 square feet of space to include a therapy suite and offices.

Elected officials, law enforcement leaders, judicial officials and volunteers gathered at the advocacy center Tuesday for a groundbreaking to commemorate the expansion.

Prevent Child Abuse Rowan is reaching out to private donors and will begin a public fundraising campaign Feb. 1. Construction on the expansion will begin in mid-January with a completion date of July 1.

“We hate we need the services, but we’re glad to provide them,” said Rowan County Sheriff Kevin Auten.

Auten, who sits on the Prevent Child Abuse Rowan board, said it’s unfortunate there is a growing need for a child advocacy center to provide services for children suffering abuse and neglect. But he’s grateful there is a place in Rowan County that can provide those services.

From 2010 to 2016, there was a 69 percent increase in child abuse and neglect cases handled by the Terrie Hess House Child Advocacy Center.

“We really open our doors for the kids we serve,” said Executive Director Beth McKeithan.

The expansion will add a conference room that will be used for community education programs.

McKeithan said the therapy suite will be a space for children and their families to work toward healing.

“It’s more important to help build a strong child than to help a broken man,” McKeithan said to those gathered.

Finance Director Matt Marsh has been a part of the organization for 12 years and began at a time when there were two employees and a number of volunteers. Now there are 15 people on staff, all of whom are sharing offices. The expansion will provide them more space.

Prevent Child Abuse Rowan began as a grassroots effort after the 1997 deaths of four children in Rowan County. The Terrie Hess House opened in 2005 and is named in honor of then- guardian ad-litem Terrie Spencer Hess, who was instrumental in getting the center up and running prior to her death.

In 2014, Prevent Child Abuse Rowan began the Stop-Go-Tell program that provides in-school education sessions for first- and fifth-graders to teach them how to avoid abuse. In 2016, the organization started the Nurturing Parenting Program to provide parents with skills to be more supportive caregivers of young children and how to avoid abusive relationships.

Rowan County commissioners Chairman Greg Edds said when he thinks about the child advocacy center, initially there are feelings of sadness. But they are quickly replaced with hope — hope that there is a place for children and their families to find help, he said.

He spoke of the volunteers, staff and board who help at the center.

“To say thank you seems a little trite, but we do thank you,” he said.

GRANITE QUARRY — Gloria Wilhelm peered into a blue doorway in an older wing of Granite Quarry Elementary School. “This was... read more