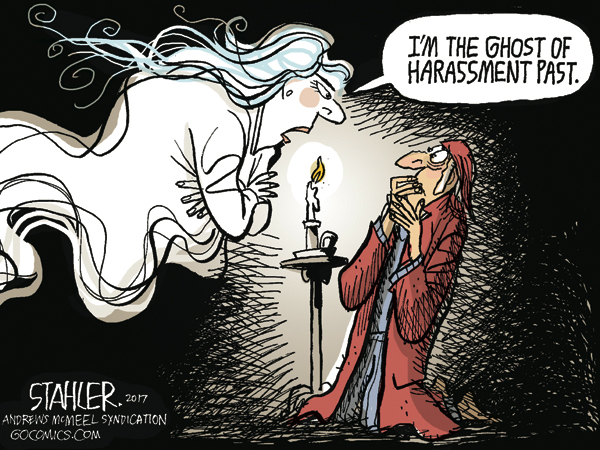 Republicans’ moral indignation was for show

The election results of the Judge Roy Moore election in Alabama are an anticlimax. The “real news” is the Republican National Committee, congressional leaders, like Senator McConnell, and President Trump, have publicly demonstrated their moral bankruptcy. They have crucified human decency, ethical public service on a cross of hypocrisy and political expediency.

First, they garnered news media attention with “fake news” by making a hot air windstorm of righteous indignation and empty threats over how they would courageously respond to the notion of seating alleged sexual predator of young girls. Then, they totally reneged on their pretensions of moral indignation citing the need to keep the Republican majority vote in Congress as outweighing any moral or human decency issues.

President Trump has led Republicans in their embrace of this infamy as he trumpets the need to maintain the Republican congressional majority, which has accomplished nothing significant after nearly a year, rather take a chance on losing a Republican vote in Congress.

The “fake news” is Republicans are working to improve the government and take care of the people. The “real news” is that rather than “draining the swamp” in D.C., President Trump and his Republicans are fattening themselves up to become the biggest gators in the swamp.

GOP no longer stands for Grand Old Party but now stands for Gomorrah’s Own Party, a party without a moral compass, dedicated to political expediency and self-interest.