Yesterday: The Salisbury Post shows off its renovated digs Sept. 17, 1989 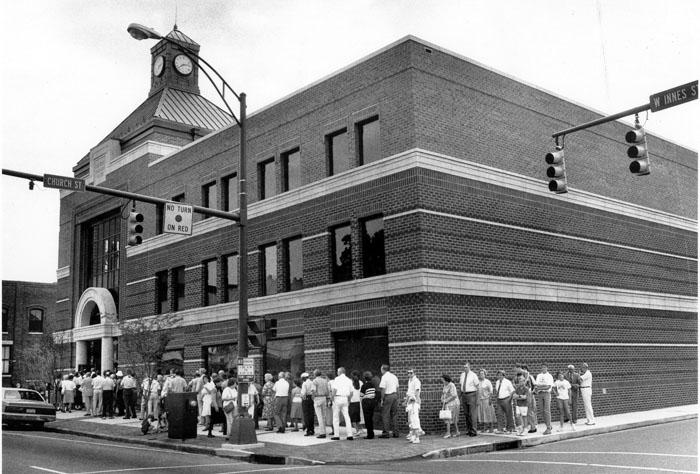 A lengthy line formed outside the newly renovated headquarters of the Salisbury Post on Sept. 17, 1989, a Sunday, as close to 2,000 people visited the newspaper to see the results of a $3.1 million downtown building project. Located at 131 W. Innes St., the building remains the office and printing plant for the Salisbury Post today. The complicated renovation project successfully brought together, into a cohesive package, 80 years worth of eight additions and nine different floor levels. Making it more difficult was that construction had to occur while a daily newspaper was being produced. The project took more than two-and-a-half year to complete and at times became a Salisbury curiosity.