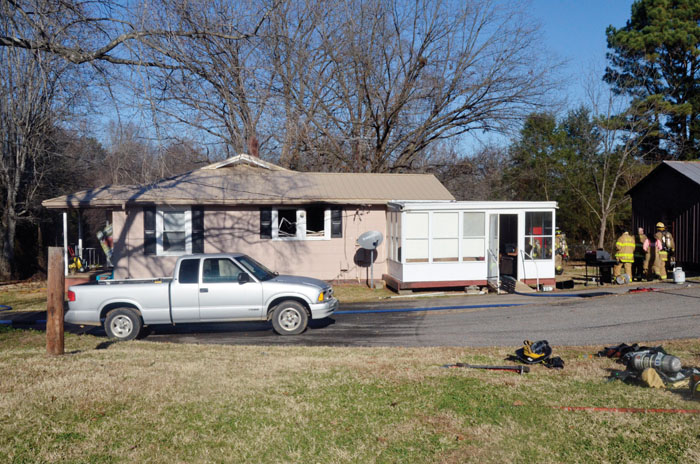 Multiple fire departments responded to this house at 155 Cranford Road, off Long Ferry Road where a family of eight were displaced following a Monday kitchen fire. Officials are still working to determine the cause, but say the fire originated in the kitchen. No injuries were reported. Shavonne Walker/Salisbury Post

SALISBURY — A family of eight was displaced Monday after a kitchen fire at their Salisbury home, fire officials said.

The family was home at the time of the fire, but all were able to get out unharmed.

Carter said the fire was in the kitchen and firefighters were able to localize the damage. It’s not clear what caused the fire.

Carter said the fire was controlled quickly and no injuries were reported.

The Hanford Dole Chapter of the American Red Cross is assisting the family, which includes two adults and six children.

The renter of the property, who was still at the scene with his family, declined to comment about the fire.