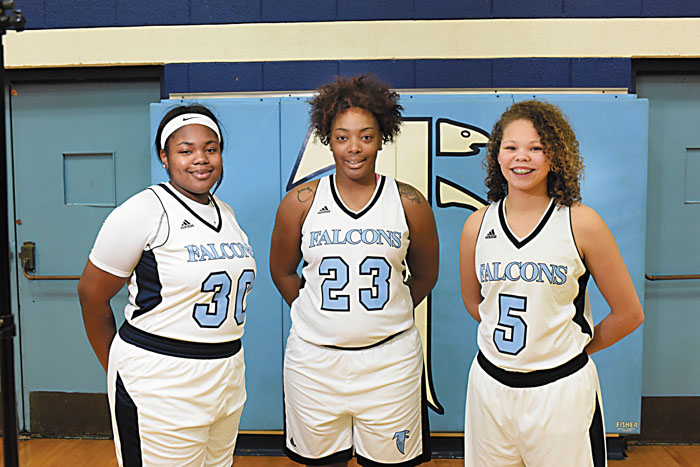 It’s the sound of opportunity once again knocking on the Falcons’ front door, inviting them to join the cluttered race for the North Piedmont Conference sash.

“Yeah, we know,” fifth-year coach Ashley Poole said. “Somebody, somewhere told me we were picked fourth in the league this year. It’s supposed to be North Iredell, Carson, Statesville and us. But being honest, we don’t want to just compete with them. We want to overachieve and surprise people.”

With nine lettermen and four starters returning from last year’s 13-13 squad, expectations are high. The training wheels have long since been removed so West can’t use that clichéd young-and-inexperienced excuse this season. Even if it fits.

“Last year was a good rebuilding job,” said Poole, who steered the Falcons into the 3A state playoffs, where they promptly suffered a first-round loss to Ashbrook. “Until we lost our last five games, we were in a good place. As young as we were, I wasn’t disappointed.”

Expect Poole and the Falcons to work their way to the forefront this winter. Despite the emergence of a ‘Fab Four’ sophomore class, senior Egypt Alexander remains the team’s tried-and-true focal point. A 5-foot-10 forward and two-time all-county selection, she averaged 15.5 points-per-game last season and ceremoniously surpassed 1,000 career points. As a fourth-year player, she’ll provide moxie and mojo.

“Egypt is learning to be a better passer than scorer,” Poole noted. “We’ve got other girls who can score, so that’s something she doesn’t have to be. In years past, if Egypt didn’t score, we didn’t win. That’s different this year.”

It’s different because 5-10 sophomore Abigail Wilson has sprouted as West’s newest cash crop. In West’s first four games — all non-conference victories — she’d already collected 99 points (24.8 average) and is on her way to a stellar season. Her ability to work for position, finish plays and rebound with authority make her the most eye-catching player on the team.

“Abigail and Egypt are both hard-working, dedicated and extremely strong on the glass,” said Poole. “They can get their own rebounds and go right back up. Abigail’s biggest asset is her confidence in her shot this year. And as hard as she works, the sky’s the limit.”

Junior guard Mary Sobataka quarterbacks the offense and is West’s best defensive player. Poole indicates she has great hands, good speed and a ton of energy. “She’s our spark plug, the one who makes us go,” she said. “Every team needs someone to run the show.”

Sophomore Taylor Poole, the coach’s daughter, is a shooting guard with an important assignment. “She’s always been a shooter,” the coach said. “But she’s developing more confidence handling the ball and letting Mary be a shooter. The two of them will share roles.”

Gabby Blabon is the final piece of West’s new-wave makeup. A sophomore guard, she’s being groomed to be a defense-first player — someone who disrupts opponents by maneuvering into passing lanes and making steals. Other key performers include senior Myanna Hillie, junior Chantal Robinson and sophomore Cindy Connolly. Hillie is returning player who can penetrate and provide dynamic scoring off the bench. Robinson has a sharp eye, sees the court and completes pinpoint passes. And Connolly, at 5-8, is a smart player who knows the floor and is adept at setting picks.

Then there’s Shyann Vaughters, a fourth-year letterman and invaluable reserve who had a lights-out game in the 2016-17 season finale. “Our last game against Ashbrook was her best game,” said Poole. “She played great defense. She was aggressive. And she scored.”

“I like this team,” Poole said before rushing off to a junior high practice. “I want to be stronger defensively, you know hit the open spots and be more aggressive on the ball. We’re still kind of timid, but practice, practice and practice and they’ll figure it out.”

No matter what — with Alexander and Wilson and a capable supporting cast —  you have to like West’s chances of catching the post-season train. “It will be a sad season if we don’t get 20 wins,” Poole said.