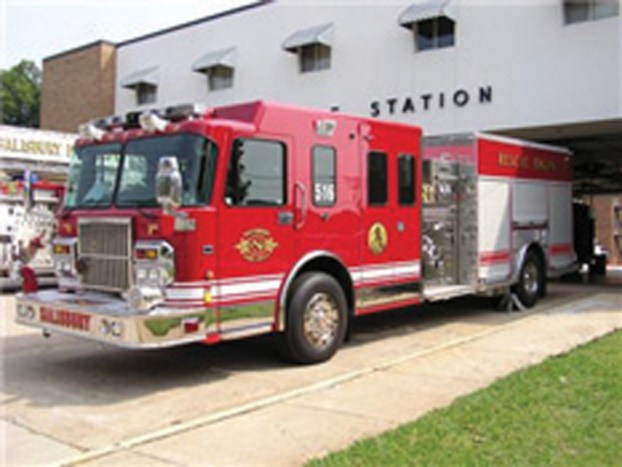 2. When Heggins took her seat as mayor, she said, “Welcome to the …?

3. What’s the name of the community-driven educational program, which has had 360 graduates since 2016, whose students learn to think critically about their future and make plans for life after high school?

4. Harold Earnhardt, who retired in 1988 as a brigadier general and commander of the N.C. Air National Guard, died Dec. 3 at the Hospice House in Salisbury. For 10 years, Earnhardt was mayor for what Rowan County municipality?

5. Who has the Blanche & Julian Robertson Family Foundation named as its new executive director?

6. According to the 2016 American Community Survey, what percentage of Rowan County workers over age 16 work outside of the county?

7. The Salisbury Fire Department restored its first aerial truck, a 1941 American LaFrance, in time for its 200th anniversary this past week. What was the original purchase price of that truck in 1941?

8. As part of its 200th anniversary, the Salisbury Fire Department unveiled a historical marker this past Friday at the first documented site of a city fire station. In what downtown block is the new marker standing?

9. Battalion Chief Chris Kepley of the Salisbury Fire Department is winding up a 30-year career as the department’s first woman firefighter. When she first applied to the department, where was Kepley working a second-shift job?

10. Former Livingstone College coach Edward “Buck” Joyner died this past Wednesday in Hampton, Va. In what sport did Joyner assist head coach James Stinson in leading the Blue Bears to consecutive CIAA championships in 2014 and 2015?

B. Track and field