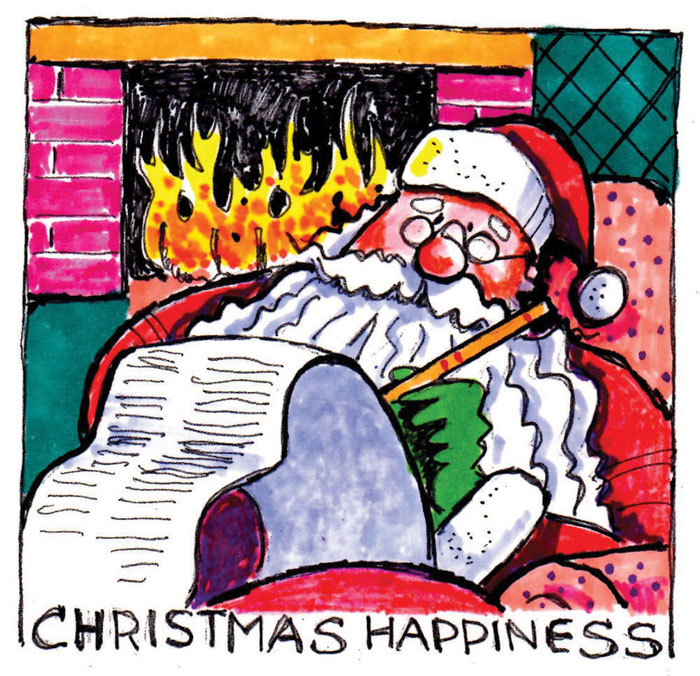 SALISBURY — In 1946, Eileen Hanson was the only kid on the block who had a dollhouse with electric lights. It had been on her Christmas wish list to Santa Claus.

“At age 5, I believed in Santa. I still have the letter saying I wanted a dollhouse and my brother wanted a radio,” said Eileen, now Eileen Kelly.

She would later learn that her father, Art Hanson, spent weeks making the dollhouse.

It was a big deal for her and her brother to get those presents because times had been hard during World War II. The dollhouse has since been passed on to Kelly’s niece; when she got older, it was returned to Kelly.

She still has the dollhouse, which she said is waiting for a great-granddaughter since none of her offspring have been girls.

This week, Kelly and her husband, Ed, donated $25 to the Christmas Happiness Fund in the names of both their parents — Evan and Frank Kelly as well as Frances and Art Hanson, whom they call their Secret Santas.

Kelly said her parents and her husband’s parents always tried to make sure their children had at least one gift at the holidays.

“Both of our parents always had a ‘Santa present’ for us that was always very special,” Kelly said.

Her husband grew up during the Great Depression, when sometimes all you received was one present — a toy or homemade gift, she said.

“We remember our parents always making sure we had something,” Kelly said.

One of Ed’s most memorable Christmases was when he got a Lionel Train set.

Art Hanson was an electrical engineer who had a shop at the family’s south Minneapolis home. Ed Kelly is from south Philadelphia.

“We are watching the snow and reminiscing,” Eileen Kelly said of their snow-covered childhood winters.

The Kellys said they appreciate that the Christmas Happiness Fund has been around for a long time and there is a screening process for those in need.

The Salisbury Post collects donations that are turned over to the Salvation Army. The organization distributes vouchers that are used at a local business where parents are able to buy gifts for their children.

In memory of our deceased classmates by Boyden ’55 Lunch Bunch, $360

In memory of David L Huffman by Peggy Huffman, $100

In honor of my staff, Jane, Beth, Jamie and our patients who trust their hearing to our care by Lorin S Oden Au.D, $300

In honor of our children and grandchildren by Jim and Barbara Norman, $100

In memory of Oscar and Hazel Garver by Kathy and Dale Watson, $100

In memory of Hoy H. and Anne Heilig by Donald and Phyllis Heilig, Jerry and Dianne Heilig, and Tony and Patty Heilig, $300

In memory of Robert and Helen Sloop by Jerry and Dianne Heilig and family, $100

In memory of our parents, Eva and Frank Kelly and Frances and Art Hanson, our “Secret Santas,” by Ed and Eileen Hanson-Kelly, $25

In honor of Tom, Lauren, Colleen, Shawn, Hannah and Camron by Don Conner, $100 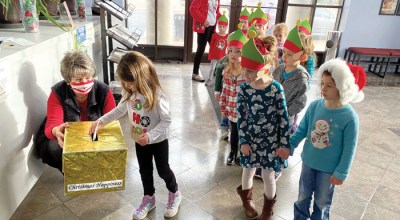