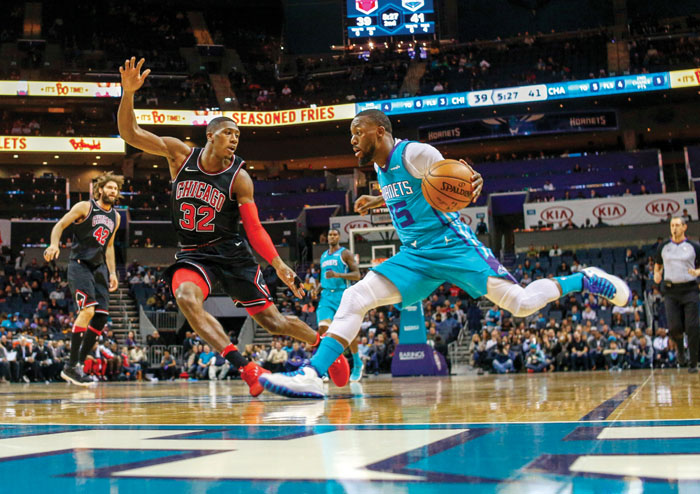 Markkanen knocked down half of Chicago’s six three-pointers, and the Bulls (4-20) held on in a back-and-forth game that featured 17 lead changes and 20 ties. Neither team led by more than eight.

Robin Lopez had 19 points and 10 rebounds for Chicago. Kris Dunn scored 20 points, Justin Holiday had 17 and David Nwaba chipped in with 11.

Dwight Howard led Charlotte with 25 points and 20 rebounds. Kemba Walker scored 20 points and Marvin Williams had 17 for the Hornets.

The Bulls used an 8-0 run to open the fourth quarter, claiming an 83-79 lead to set up a frantic final few minutes. Walker forced overtime with a pair of free throws with 5.3 seconds remaining, but the Bulls took quick control in the extra period. Chicago scored first and Howard tied it with a free throw before the Bulls took the lead for good on a layup by Dunn with 2:35 left.

Bulls: Chicago, despite a significant size disadvantage, outscored the Hornets 56-50 in the paint. … The win was the Bulls’ second over the Hornets. They are 2-20 against the rest of the league.

Hornets: Charlotte was without a pair of big men as Frank Kaminsky and Cody Zeller did not play after picking up injuries in Wednesday’s loss to the Warriors. … Stephen Silas coached the Hornets for the third straight game in place of Steve Clifford, who is out indefinitely with health issues.

Heisman Trophy to be awarded tonight in NYC