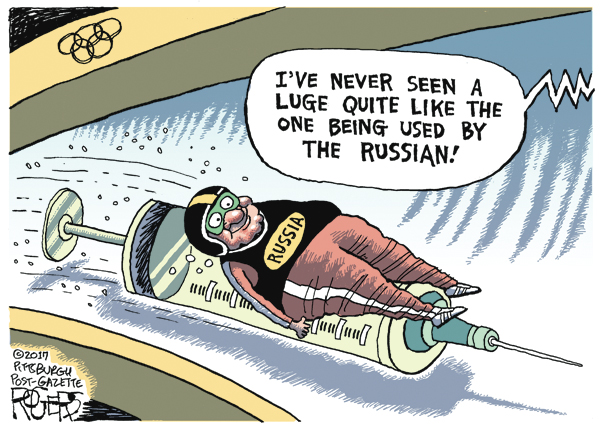 Even though government-required permission slips are a direct violation of the U.S. Constitution, this is a huge step in the right direction

Way overdue! Any law-abiding citizen who has met the strict requirements of that certification should certainly not have to alter their travels to avoid those states that have no concern for the personal safety of those passing through over nitpicking details.

I listened today to the moral outrage of Democratic representatives as they sputtered about various massacres, including Sandy Hook, Orlando and Las Vegas, as if the next massacre is doomed to be repeated because of this bill. The truth is that the next massacre may be prevented because of this bill. Perhaps the body count at Southerland Springs would have been one quarter of what it was had a churchgoer or two been armed.

It is not the people who went to the trouble of obtaining a concealed carry permit you need to fear. We are a very law-abiding group, with a record significantly better than the police you depend on to protect you when it comes to committing crimes.

It is past time for my North Carolina concealed carry permit to protect me wherever I go.

The city needs to step in, they need to insist that those responsible for the decision to exclude PFLAG be removed or no new permit will be issued for further parades.

Salisbury must do this to avoid a boycott of its merchants during the holiday season and to save its reputation with progressive companies looking for areas to expand. … I’m sure that those in city government know the sting of a concentrated social media campaign.

So next year, KKK, Antifa, and neo-Nazis’ are welcome, too?

Wow, had no idea that not following rules and suffering the consequences equated to hatred. Just another useless liberal agenda. Equality isn’t enough, they want to control your mind as well. Bullying at its worst.

Looks like the city wants to control a parade that the citizens have been going to see for over 50 years. It’s sad they want to do this. Wouldn’t surprise me if no one showed up next year to watch and a lot of entrants did not come back either.

Well rules are a funny thing. In 2009, Wells Fargo wanted to have their stagecoach in the parade. It’s amazing how many rules of the parade that broke. Horses if you want the short answer. But everyone wanted the stagecoach so the rules were waived. We had nice horses.

It was a nice day, there are pictures if you Google them. I’m the guy riding shotgun and waving. And Wells Fargo got to push its nice agenda and everyone had a great time. We even gave the mayor a ride later.

Rules are great. But sometimes they need to be changed so you get to see the cool stagecoach!

… Letter: Why politicize parade over PFLAG?

That parade is held on a public street; chairs are set up by both the town of Spencer and city of Salisbury, who also clean up after the event.

As much as you would like to ignore them, LGBTQ individuals are part of your community and have as much right to participate in a community event as the dance troupes and churches do.

Then sign up and have a float of their own and don’t try to slip in the back door. When you try to go around the rules and are not allowed, that is your fault not the people putting on the parade.

And Mayor Al (we name you with love and affection) spoke to our Spanish-speaking citizens in Spanish!

She also said, “ ‘Tell me with whom you walk, and I will tell you who you are.’ We are Salisbury Strong and we’re walking together, and that’s who we are.”

The people on council last night are sharing their resources — of time, intelligence, caring, skills and talents. It’s a big share (as we know from others who have sat in their seats).

Let’s all of us examine our privileges — of time, wisdom, experience, finances, knowledge, training, talent — and share those resources to uplift our community. We shifted a paradigm. Let’s create a new and better reality for the whole.

My heart overflows with joy and hopefulness of what’s to come from the most diverse City Council Salisbury has seen. Historic! Now the work begins. Congratulations to them all. The people of Salisbury spoke out.

Congratulations to all. … As a white, Caucasian, heterosexual male, Christian, atheist, agnostic, middle-aged, soon to be senior citizen, I sure will be glad when we stop using labels,  that all people will one day live in a nation where they will not be judged by the color of their skin, religion or sexual orientation but by the content of their character.

I cannot express how proud I am of Justin and family for their new business startup. Salisbury needs a fresh new store. Best of luck to you all.

Congratulations to Gwin Barr, Jennifer Voskuhl Canipe, Steve Fisher and the other board members and staff of Rowan Crosby Scholars. They are doing fantastic work to transform the lives of young people in Rowan County and, by extension, the lives of everyone living in Rowan County.

The swamp creatures McConnell, Ryan, and many other RINO GOPs, are hardly feeling remorse over their “moral stand” (indiscriminately condemning Moore before any of this could be examined), but have no choice but to back down in the face of this clearly exculpatory evidence (that the real voters of Alabama did not fall for).

Roy Moore is hardly a perfect candidate, but he will be a reliable vote against murder-on-demand that liberals love to roll around in and think it’s just an “unviable tissue mass.”

… If mental health is the problem, why cut funds for treatment?

Apparently some of today’s national and state Republicans put profit and their egos ahead of people. It seems that when their ability to make money and maintain power is threatened, ordinary citizens and our society suffer.

If mental health care were a profitable industry to those in power, would there be better treatment for those who may be a danger to themselves and the rest of us? If the answer is no, it is incumbent upon our federal and state governments to provide medical and psychological assistance.

Ms. McElroy’s letter did help clarify the new garbage collection practices. The original article indicated that property owners would be charged for tree limb pickup. I plan to keep a copy of today’s letter just in case. Granted there was no increase in the cost of basic trash collection or the cost of water run-off, but as they say, “Wait until next year.”

Yes, it has always been illegal to dump trash on another person’s property, but how well has that been enforced? Will we be getting new city employees in July?

We will need garbage tracker specialists. They can ride with the trucks and record all the information about excess garbage so that the city can send letters to the offenders. What happens if the property owner with excess garbage refuses to pay?

If a resident forgets to put out their dumpster one week, and thus misses pickup, will they get a discount because they had no trash? And what if because of missing that week, they have a single bag of kitchen trash that won’t fit into their dumpster the next week?

While on a similar topic, will the resident who puts that one extra bag of trash to the side have to pay a fee while the resident who stuffs that bag into the dumpster, unable to close the lid still pays the basic rate?

I know I’m getting into the minutiae of the new fee schedules, but these are legitimate, practical questions at the same time. The new fee schedules are indeed reasonable in their intent, but there are still plenty of ways to split hairs and possibly be stuck with extra fees.

Having known Frank even before he started with us at Salisbury Fire Department and throughout his career, I can say that Rowan County — and public safety — is definitely a better place because of Frank’s contributions. Best wishes, brother!

Good things have been happening at Henderson for years, but so few have been willing to capitalize on it and play it up —  mentoring program, one-to-one initiative prior to system’s computer roll-out, online learning, etc.

The community needs to build these students up instead of always badmouthing what is going on. I worked there for 17 years and Henderson was never allowed to shine for very long. The community MUST play on the good things and permit these students to feel successful. The staff works extremely hard to lift up the kids but more is needed. It still takes a village.

Let me recommend a great reference to use to help the students who seem to not be the cream of the crop: “Understanding the Framework of Poverty,” by Ruby Payne — such a great insightful read for those who want to really help the at-risk student.

My mother’s oldest sister (Margaret McDaniel) was married to James Bost, now entombed in the Arizona, hit in Pearl Harbor. He, too, lives in our memories. … We need to say prayers for all who were lost this day in history.

This has touched my heart. Thank you.