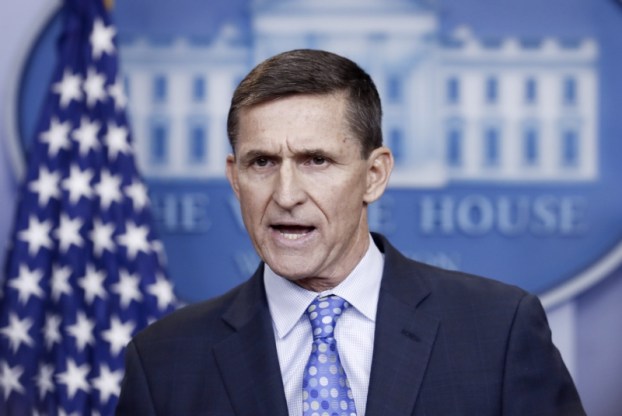 Flynn proves Russian investigation is not going away It didn’t take long. Robert Mueller had only been on the job for five months when, on Oct. 30, he handed down the first indictments in his investigation of the Trump campaign: against former campaign chairman Paul Manafort and his deputy, Rick Gates. Plus, news that former campaign adviser George Papadopoulos had pleaded guilty to lying to the FBI.

Imagine, then, the surprise awaiting White House reporters the next day when Press Secretary Sarah Huckabee Sanders gave the official response: No big deal. “We still expect this to conclude soon. Those are the indications that we have at this time.” Her comments were echoed by Chief of Staff John Kelly, who told Fox News that Mueller’s investigation “should wrap up soon.”

Who do they think they’re kidding? The indictment of Michael Flynn for lying to the FBI while he was national security adviser in the White House is latest proof that Mueller’s not wrapping up anytime soon. Just this week, he also interrogated Trump’s son-in-law, Jared Kushner. More indictments and more serious charges are expected in the next couple of weeks, getting closer and closer to Trump himself.

There’s a lot of speculation about what Mueller’s up to, but let’s stick to what we know and what’s been publicly reported.

Even though Donald Trump on 20 different occasions denied there was any contact between himself or anybody on his campaign team and Russian officials, we know there were meetings with at least nine Trumpers: Donald Trump Jr., Jared Kushner, Paul Manafort, Carter Page, Jeff Sessions, Michael Flynn, J.D. Gordon, George Papadopoulos, and Michael Cohen. In addition, Blackwater founder Erik Prince, brother of Education Secretary Betsy DeVos, and a self-described unofficial envoy for Trump, met with a Russian close to Putin to establish a back-channel line of communication between Moscow and the president-elect.

Trump’s also denied any personal contacts with Moscow: “I mean I have nothing to do with Russia.” We know that’s a lie. Politico reports that then-Soviet Union efforts to cultivate Trump started with a Kremlin-paid trip to Moscow in 1987, which Trump crowed about in his book “The Art of the Deal”: “One thing led to another, and now I’m talking about building a large luxury hotel, across the street from the Kremlin in partnership with the Soviet government.”

Trump’s subsequent Russian real estate deals are documented in the now-famous “dossier” prepared by former British intelligence officer Christopher Steele, whom Mueller has also interviewed. They include development of the SoHo Trump Tower with Russian-American businessman Felix Sater; sale of his Florida mansion, for which he paid $41 million, to Russian magnate Dmitry Rybolovlev for $95 million; many multimillion-dollar sales of Trump condos to Russian oligarchs; and the 2013 Miss Universe pageant, financed with $20 million from Russian developer Aras Agalarov, whose son Emin set up the June 2016 Trump Tower meeting with Donald Trump Jr. and Kremlin representatives.

And that doesn’t count how much money Trump may have borrowed from, and still owes, Russian banks. Strapped for cash after the 2008 crash, Trump knew where to turn. As Donald Trump Jr. admitted at the time, “Russians make up a pretty disproportionate cross-section of a lot of our assets. We see a lot of money pouring in from Russia.” Of course, we don’t know the full extent of Trump’s Russian business deals because we haven’t seen his tax returns — but you can bet Robert Mueller has.

One more significant Russian connection: As first reported by Slate, computer scientists discovered that, throughout the 2016 campaign, there was a private server at Trump Tower linked almost exclusively to two entities: Michigan’s Spectrum Health, owned by the DeVos family; and Alfa Bank in Moscow, which sent 87 percent of all pings.

True, those multiple Russian contacts don’t necessarily add up to collusion — that’s for Mueller to determine — but they’re still a far cry from Trump’s assertion of zero contact. Together, they represent an entire spectrum of shady business deals, possible money laundering, sharing of information and a willingness to cooperate with Kremlin operatives at the very time they were trying to undermine the 2016 presidential election. And that doesn’t count evidence Mueller’s also exploring that Donald Trump, with Mike Pence’s knowledge and cooperation, may have conspired to obstruct justice by firing FBI Director James Comey.

Robert Mueller running out of gas? No way. He’s just getting into high gear. If anything crashes and burns soon, it won’t be the special counsel’s investigation; it’ll be the entire Trump administration. Based on what we know Mueller has on his plate, it looks less and less likely that Donald Trump will complete his first term.

Bill Press is host of a nationally-syndicated radio show, CNN political analyst and the author of “Buyer’s Remorse.” Email him at: bill@billpress.com.