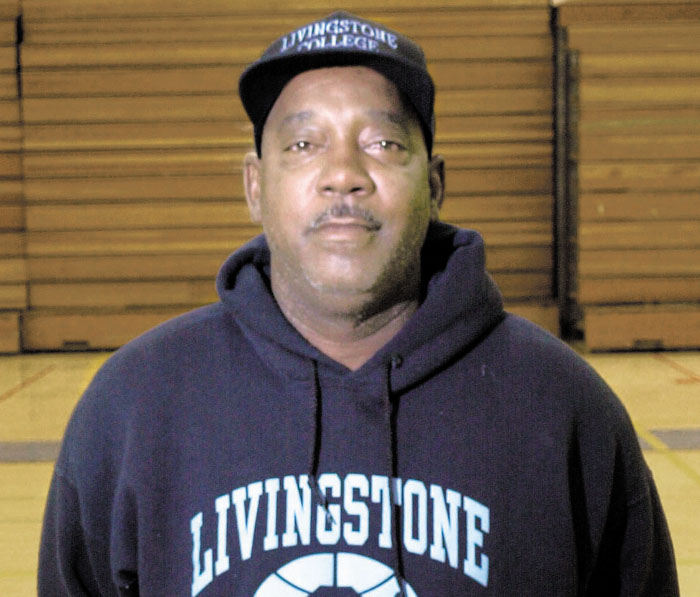 The older Joyner became the head men’s basketball coach at Saint Paul’s in Lawrenceville, Va., in 1993. He held that position until he took over the head coaching reigns at Livingstone College in 2000. After two seasons in Salisbury, Joyner returned to St. Paul’s for seven more years.

In 2011, St. Paul’s shut down its intercollegiate athletics programs.

After a brief hiatus, Joyner re-joined the staff at Livingstone as an assistant to current head coach James Stinson. The Blue Bears won back-to-back Central Intercollegiate Athletic Association men’s basketball championships in 2014 and 2015.

“Coach Joyner played an integral part with our men’s basketball team,” said Stinson. “He was the mastermind when it came to pressure defense and worked well with our guards. Joyner’s coaching and his wisdom was the reason that we won the two CIAA championships. He will be truly missed in the Blue Bear community and in the CIAA.”

Livingstone’s president, Dr. Jimmy R. Jenkins Sr., said that Joyner “played an important role in developing and motivating our players on and off the court. His relationship with the players went beyond the game, and he will be remembered as a mentor as well as coach. His legacy will carry on through the lives of the students and players he influenced.”

“Buck” Joyner was a graduate of Florida Memorial University. He was married to Yvonne Joyner and has two children, the aforementioned son, and a daughter, Rhea. He also has five grandchildren and two great-grandchildren.

“Coach Joyner was a ‘quiet giant’ of wisdom that came through the CIAA,” said Andre Springs, director of athletics at Livingstone. “What he brought to the table was tremendous knowledge of basketball expertise. He was the glue that help Livingstone win two CIAA championships. The players and coaches admired and respected him and he will be missed.”

Funeral arrangements are forth coming.