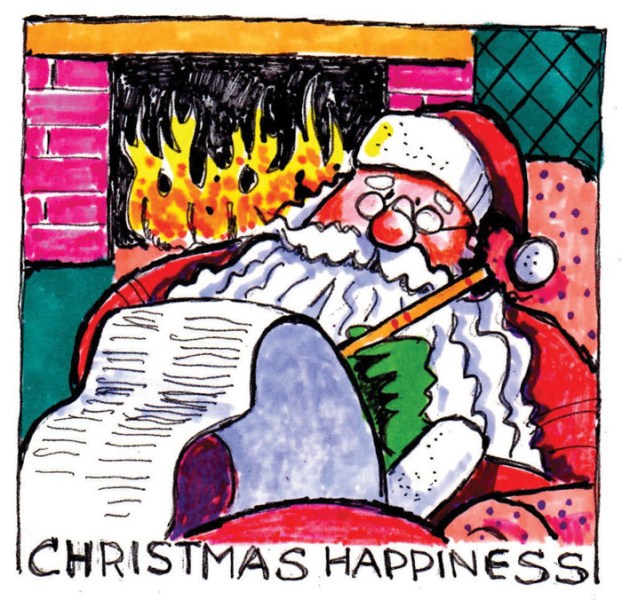 For more than 20 years, friends Phyllis Freeze and Jeanie Eller worked alongside each other at First Union Bank. In fact, Eller was the first woman vice president of the bank.

In May, Jeanie Eller died at age 75. When Freeze and her husband, Joe, thought about making a donation to the Christmas Happiness Fund, they thought of Eller. The couple made a contribution this week in memory of Jeanie and in honor of Jeanie’s husband, Thomas Eller.

“They were really giving people. They always gave. I just wanted to honor them,” Phyllis Freeze said.

She said Tommy Eller is a generous man and a good person. The Freezes live in Rockwell and mostly give to charitable organizations at the end of the year through their church, St. Stephen’s Lutheran Church in Gold Hill. This year marks the first time they have donated to the Christmas Happiness Fund.

The fund has been in place for 65 years after then-Salisbury Post editor Spencer Murphy saw the need in the community for children during the holidays. He asked the community to make donations toward helping children have a better Christmas, which is still being done today.

The Post collects donations that are turned over to the Salvation Army. The organization distributes vouchers that are used at a local business so parents can buy gifts for their children.

The Freezes will also give through their church, which sponsors a family at the holidays.

“We give toys, clothes and food to a family,” Phyllis Freeze said.

In memory of Jeanie C. Eller and in honor of Thomas O. Eller by Joe and Phyllis Freeze, $100
Keenage Club of Salem Lutheran Church of Salisbury, $50
In honor of the patients and staff at Salisbury Pediatric Associates by Mark and Jeannie Lins, $500
In memory of Donald E. and Timothy J. Sunding by Betty Sunding, $200
In honor of Alice Purcell and Al Hoffman by Everyman’s Bible Class of First Presbyterian Church, $300
In memory of Jim West by Tom and Rochelle Bost, $25
In honor of fellow residents at Trinity Oaks Assisted Care and in memory of Sarah Sprinkle and Eleanor Johnson by Marion Barnhardt, $100
In memory of Lloyd and Nellie Safrit by Clavin Safrit, $100
In memory of Leo and Geraldine Miller by Lana Miller, $100
In memory of our parents by Larry and Sandra McKenize, $400
In memory of Duane E. Harrell by Shirley Harrell, $25
In honor of teachers Jerry Dymond, Steve Sherriff, Steve Schock, Jessie McCarthy, George Hill, Mark Conforte, Stacey Lundy, and Bill Osborn by Hedrick Friendship Sunday School Class of First United Methodist Church, $100
In memory of Rudy Butler, Betty and Guy Poplin by Bo Butler, $100
In loving memory of Jane Benton Kale, Mr. and Mrs. Don Benton, and Mr. and Mrs. Lloyd Gaskey by Keith and Darlene Kale and Vickie Bean, $100
Today’s total: $2,200
Running total: $9,380
Contact reporter Shavonne Walker at 704-797-4253.
You Might Like

SALISBURY — Amy Pruitt walks through Horizons Unlimited with a bounce in her step, humming the tune “It’s Beginning to... read more