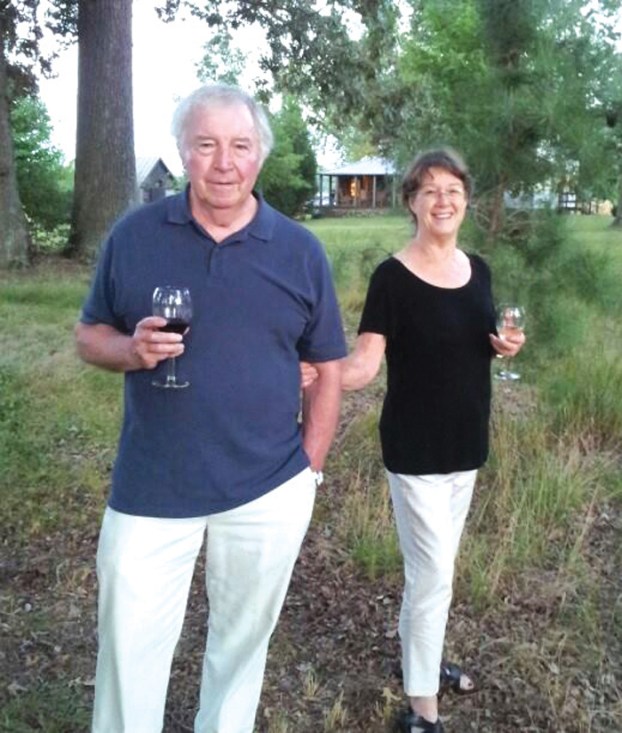 Foster and Jean Owen moved to Chapel Hill from Salisbury, where they decided to donate their bodies to UNC School of Medicine.

With whole body donation, contributors give the ultimate gift: themselves

This is the time of year that we’re thinking about gifts. But contributors to the state’s body donation programs give the ultimate gifts: themselves.

Throughout the state, there’s an ongoing need for donations to medical schools, dental schools, and other health professional training programs.

The University of North Carolina at Chapel Hill houses one of the oldest medical schools in the state.

“We have always had cadavers,” explains Tom Lawrence, the director of the Body Donation Program at the UNC School of Medicine. They were typically unclaimed bodies or prison inmates, he says. But because of increased need during the past 30 or 40 years, individuals can donate their bodies.

These are some height and weight limitations, and disease limitations, but anyone over age 18 can donate, Lawrence says. The limitations are to keep the students safe, and to make bodies easy to move around as well, he says.

The lab is open 24 hours a day, and up to 10 students are assigned to a body.

These donations are invaluable to students, Lawrence says.

“You can read a book and look at a Web site,” he says, “but until you go in there and do it, nothing can take the place of hands-on learning.”

Each body is identified only by a number. Each is treated with respect and dignity, Lawrence says, and all faces and private parts are covered. Students may study bodies that have undergone a variety of surgeries, cancers, amputations or heart attack.

“It’s a great learning tool as far as disease ranges and causes of death,” Lawrence notes.

Before they start working with the cadavers, the students learn all the lab rules. It can be jarring at first, Lawrence admits. “Most of these students are in their early 20s, and this is the first dead body they’ve ever seen. Our bodies are embalmed, so there’s no blood. We let students go at their own pace.”

Between the medical school, dental school, allied health programs, physical therapy students and physician assistant students, there’s a need for about 75 to 80 bodies a year — just at UNC alone.

The families cover the initial transportation costs, with the facilities taking care of all other costs. After study is complete, cremains are returned to the families. Typically, Lawrence says, bodies are sent to the institution that’s the closest to their home.

That’s not always the case, however, he adds. “If someone has strong ties to UNC, for example, they’re gonna donate regardless of where they live in North Carolina.”

At the end of the year, there’s a ceremony hosted by students to which families of donors are invited. Other schools have similar events.

“It’s the students’ way of thanking families,” Lawrence says. “It gives families closure, and families can choose to remain anonymous.”

Whole body donations, Lawrence says, are a very personal decision. “We can’t get these bodies anywhere else.”

Lawrence says that many donors have been in the healthcare profession.

“Physicians understand that someone made a sacrifice for them to learn and now they want to give back,” he says. “They’ve seen firsthand how valuable it is.”

Lawrence, a funeral director by trade, has been in his position for 12 years. He’s been at UNC for 22 year, previously performing autopsies in the morgue. John Book serves as program assistant.

By Susan Shinn Turner for the Salisbury Post This spring, Elon University became the state’s newest program to use donors... read more