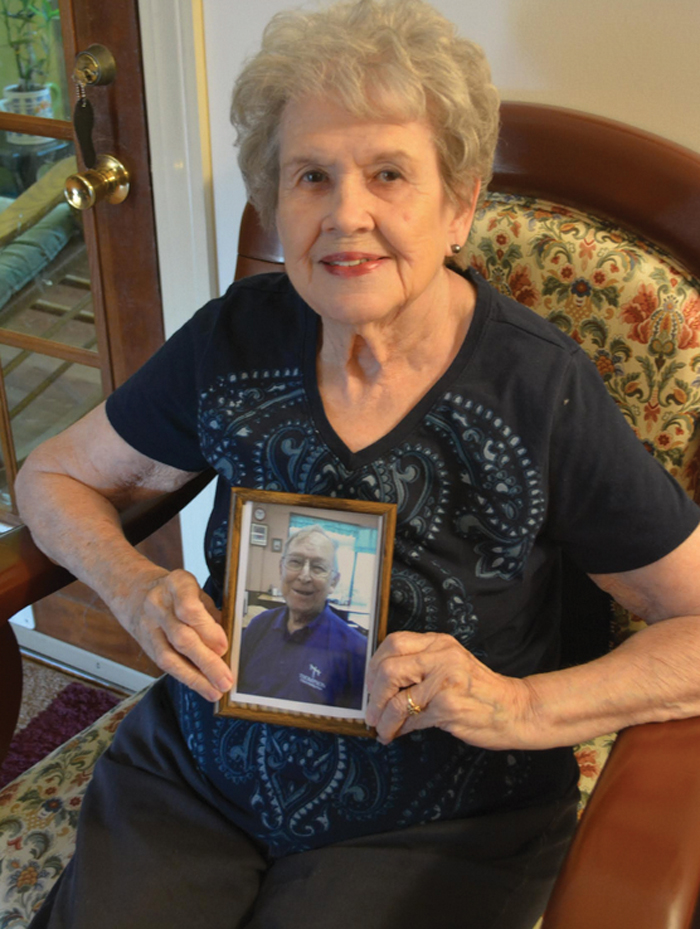 Students and healthcare professionals who have studied cadavers say the process is unmatched in any other learning experience. And local families feel at peace about the decision their loved ones made to participate in whole body donation programs.

Haley Leazer, a senior at the University of North Carolina at Chapel Hill, attended a summer program at East Carolina University aimed at future physicians. She calls it a “med school boot camp,” and said the experience prepared her for medical school.

“It gave me a lot of good exposure to the profession,” says Leazer, the daughter of Doug and Lisa Leazer of Mooresville. “No one in my family has gone to medical school.”

Leazer knew she’d have an anatomy lab, but didn’t realize it would include cadaver study.

“I was really nervous at first,” she says. “I’ve only been to one funeral. It really is a great learning tool. When you look at a body, you start making connections to what you’ve read about. At first it was a little unnerving, but once you start learning, you realize what a valuable gift it is.”

Leazer, a 2014 graduate of South Rowan High School, learned through the program that you must have a true passion for medicine.

“It was really cool, in a weird way,” she says.

“Haley was so excited to be able to work on a cadaver,” she says. “I have never thought about where these bodies came from. I thought most of the donors didn’t have anybody to give them a funeral. I didn’t have any idea they were just regular people. It was a really good teaching tool.”

Lauren Graham is a physician assistant for Dr. Chetan Amin at Piedmont Family Practice. She completed her studies at Duke University School of Medicine.

“I am very grateful that individuals donate their bodies to universities for healthcare students to study,” she says. “I found my first year cadaver lab experience exciting and very rewarding. I was able to see firsthand how the body ages, explore the human anatomy beyond my textbooks, and see conditions such as cardiovascular disease.”

Barbara Riley said a neighbor mentioned the whole body donation program to her husband, who signed up to be a donor in 2011. Joe Riley, a retired banker, died June 4.

“He said to me at the time, I don’t want you to have to pay out of a lot of money for a funeral,” Riley says.

Her husband’s cremains were interred at the V.A. Medical Center property on Sept. 15.

“It was a really nice service. Joe was a person who really liked to be the center of attention, more so as he got older,” Riley remembers. “So for 30 minutes, it was all about him.”

Yet he still made the decision to donate his body to science.

“He thought maybe they could discover something about him,” his wife says. “He had outlived three brothers, his father, and an uncle. He was the last Riley of his generation. As a banker, he was aware of funeral costs. His decision was just a given thing, and there was no reason to talk about it.”

Jean and Foster Owen decided years ago to donate their bodies to science. Both her parents had Parkinson’s disease, and she and her family donated their brains to the Harvard Brain Bank.

“So that’s part of our history,” says Owen, who now lives in Chapel Hill but returns frequently to Salisbury.

When they moved to Chapel Hill, they knew that their dear friend Irwin Oestreicher had donated his body to the UNC Medical School, and they decided to do the same. Interactions they had at Carol Woods Retirement Community with medical students learning to interview older patients reinforced their decision, Owen says.

Foster Owen died in 2014, and his cremains were returned two years later.

“I felt it was the right decision,” Owen says now. Because cancer had spread throughout his body, she decided it could prove a good teaching and medical research tool.

Since then, Owen has spread her husband’s ashes in several places. They’ll ultimately be interred at First Presbyterian Church’s columbarium, she says. After all, Foster Owen, a people person extraordinaire, liked to get around.