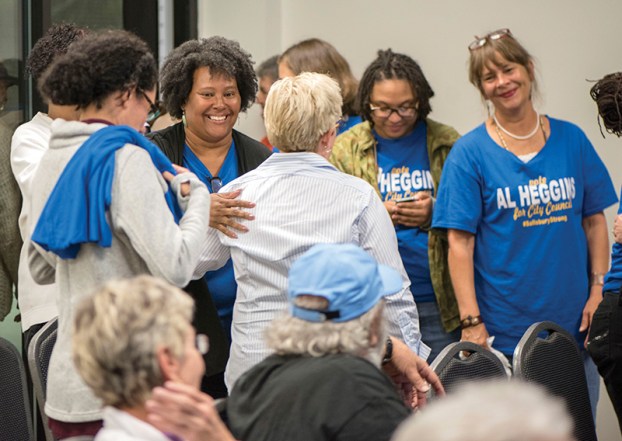 Salisbury City Council top vote-getter Al Heggins (center) is all smiles after arriving at the Board of Elections. JON C. LAKEY / SALISBURY POST

Letter: There’s excitement in the air for new council

All roads lead to City Hall. After a long, arduous and competitive election season, the people have spoken and the votes have been counted. I commend all the candidates who threw their hats into the ring to become a public servant for the city of Salisbury. Likewise, I congratulate Al Heggins, David Post, Karen Alexander, Tamara Sheffield and Brian Miller for their wins.

All roads lead to City Hall. While attending numerous forums during the campaign period, I listened intently to each candidate’s response to the questions raised. The answers they offered presented an opportunity for me to identify unique skill sets for the various candidates. Each skill set combined with that of another colleague could prove to be extremely beneficial for the city. Whether it is Al’s ability to make sure every voice is heard, David’s tremendous knowledge of Fibrant, Tamara’s familiarity with overseeing a gigantic budget, or Karen and Brian’s experience from serving on Council — put this all together and it sounds like a win/win combination.

Cal Thomas: The return of virtue

Rarely has the idiom “virtue is its own reward” looked better than it does in light of the sex scandals... read more