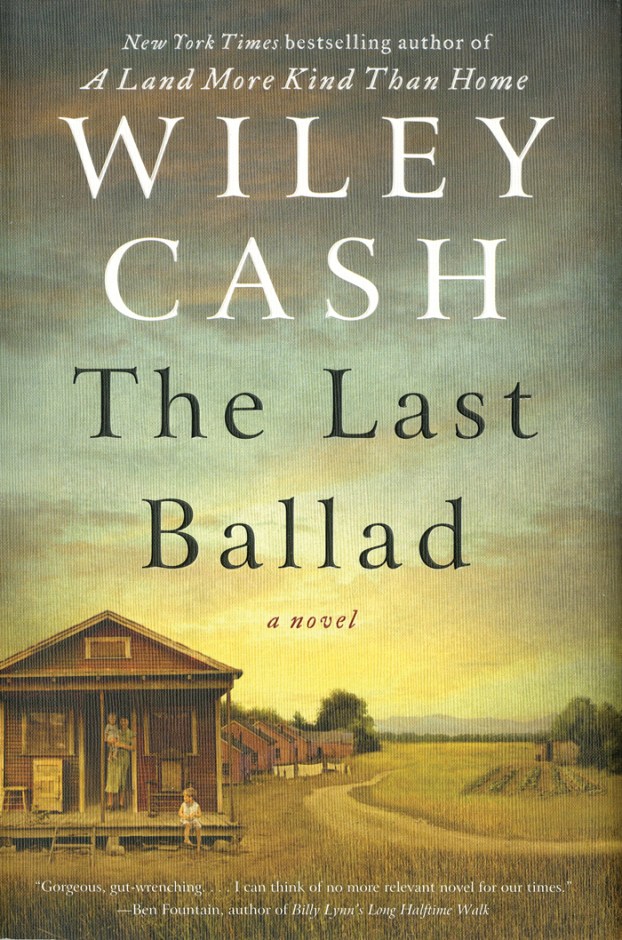 Haunting images in ‘The Last Ballad’

Wiley Cash will rile you up and set your heart pounding as he tells a painful story with remarkable characters.

In “The Last Ballad,” Cash uses Ella May Wiggins, a real woman from the 1920s who worked in American Mill No. 2 in Bessemer City and birthed nine children, five of whom survived. She was dead before she turned 30.

Ella was one of the few people at the time willing to fight for better wages and working conditions in the South’s booming textile mills.

She worked 72 hours a week for $9. She lived in an unpainted wooden shack with gaps between the boards. Ella worked nights; her children were too poor to go to school and they had no shoes.

Multiply her life hundreds, thousands of times, and you’ll know the lives of the mill workers who lived in shantytowns with dirt streets and no plumbing or electricity.

Men and women who lost fingers and hands to machinery were tossed out like garbage without receiving any sort of medical assistance from the company.

The Civil War was over, but the same prejudices and the demands of industry created a whole new body of enslaved workers.

African Americans? In those days, they were Negroes or that other N word, and they had the worst jobs in the mills and even fewer rights and privileges.

Ella wanted more than better treatment for her and her children, she wanted her black friends to be treated with the same respect. She wanted men and women who’ve invested their lives in the mill to earn some reward for their hard work.

Ella is a poet, a balladeer who writes lyrics on scraps of paper she finds. When the Union girls hear her sing at a Gastonia rally, they know they have their golden girl, the voice that will be heard throughout the strike, the mother who will become the image of mill poverty and want.

Several characters are based on real people, such as Richard McAdam, modeled on mill owner Rufus McAden for whom McAdenville is named.

Among the heroic characters Cash draws are Hampton, a black Pullman porter and member of the communist party who wants what Ella wants; Kate McAdam, unhappy wife of the textile mogul; and Ella’s oldest daughter, Lilly who tells part of the story.

Cash makes us care about their plight immediately, especially the strong and bright Ella.

The book hinges on the infamous Loray Mill Strike of 1929 and Ella’s part in it, bringing that frightening period back to life, the beginning of change for some of the oppressed.

Cash writes in his afterward that his parents and grandparents were mill workers in Gaston County and elsewhere in the South. Yet he never heard about the Loray strike until he was a graduate student in Louisiana.

His demonstration of the fear, ignorance and violence of the mob mentality is chilling. One side claimed the other were Bolshevists, communists, wanting to “kill, kill, kill,” and destroy their privileged lives.

Unarmed strikers were shot down indiscriminately, their blood seeping into the very cotton fields that fed the mills.

You will finish the book outraged and saddened. And then you will appreciate not just what Cash has done, but what those real strikers sacrificed.

Cash’s deft hand with narrative pulls it all together into a compelling novel that is completely relevant to our times, and completely engaging to our hearts.

By Susan Shinn Turner for the Salisbury Post This spring, Elon University became the state’s newest program to use donors... read more