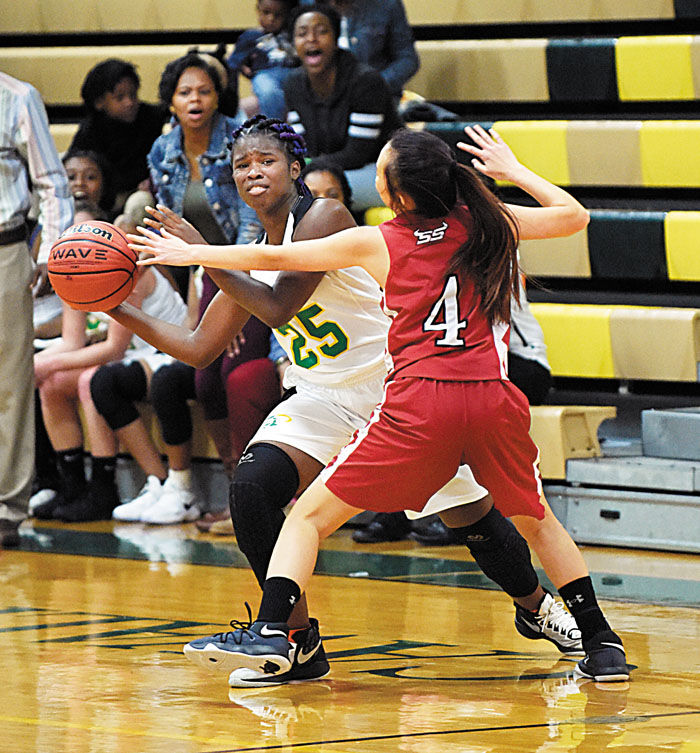 SPENCER — For a team that will have to cherish every victory, this was one to remember for the North Rowan girls basketball squad.

“We’ve had good practices the last couple of days,” coach Ron Bost said after North (1-2 overall) evened its Yadkin Valley Conference record at 1-1. “And, I’ve been telling them that’s great, but it has to translate into the games. Tonight, it did.”

North was led by Makiya McDaniel, one of five freshman on Bost’s roster. The 5-foot-8 forward, who scored a game-best 18 points, including eight in the fourth quarter when the Cavs held off the Bulls’ final charge.

“I was not settling tonight,” McDaniel insisted. “None of us were. I just did what we needed to win. Every time I went down the court, I felt like I had a purpose.”

Bost said McDaniel is developing a solid, all-around game. “She can score,” he noted, “but she’s learning to keep the ball high and can dominate on the boards.”

North took a nine-point halftime lead and stretched it to 33-20 following Taren Sherrill’s driving layup and a pair of free throws Tanajah Robinson early in the third quarter. When South (1-1, 0-1) pulled within 43-33 on freshman Sadie Lee’s 3-pointer with 4:35 to play, Sherrill answered with a knockout 3-ball from the far left side.

“It feels great to get the win,” said Bost, the second-year coach who lost his first 10 games last season. “We’re playing hard and buying into being able to push teams around and not getting pushed back.”