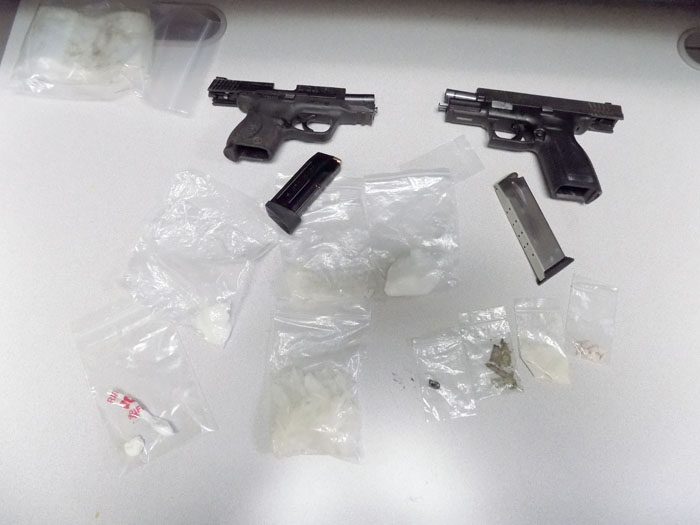 ROCKWELL — A Rockwell man with a lengthy criminal history has been arrested on methamphetamine and gun charges after a multiyear investigation.

Investigators say he was responsible for bringing about 73 pounds of methamphetamine into Rowan County for distribution, primarily from Georgia. The drugs were valued at $730,000.

Hardin was arrested Monday by federal, state and local law officers during the execution of a state search warrant at his Rockwell home.

He remains in the Rowan County jail under a $1 million bond.

In June, Hardin reported a robbery at his residence to the Rowan County Sheriff’s Office. Investigators determined that the robbery was actually a drug-related home invasion and armed robbery targeting Hardin. They also found that Hardin had been the victim of other home invasions and armed robberies that were not reported to law enforcement.

On Oct. 2, Hardin was involved in a vehicle chase with federal, state and local law officers on Old Beatty Ford Road in southeastern Rowan County. He was subsequently charged with felony assault on a law enforcement official with a deadly weapon.

The Sheriff’s Office served a search warrant at 2501 Windswept Way on the same day as the chase.

During searches on Oct. 2 and Nov. 27, investigators seized 646 grams of methamphetamine, 2.7 grams of cocaine, 0.5 grams of heroin, three handguns, and almost $8,000 in cash. One of the guns was reported stolen. Hardin, a convicted felon, is prohibited from possessing firearms.

In addition to the drugs seized, investigators discovered during their Nov. 27 search that Hardin was manufacturing methamphetamine at his residence. Items used to manufacture meth, including two one-pot “shake and bake” laboratories and an HCL generator, were found at the residence.

The SBI Clandestine Laboratory Response Team assisted the Rowan County Sheriff’s Office in processing and cleaning up the lab site.

Hardin has pending charges in Cabarrus County for being a habitual felon and numerous drug offenses.

The Rowan County Sheriff’s Office was assisted by the U.S. Department of Homeland Security, the State Bureau of Investigation, and the Salisbury Police Department in the investigation, which is continuing.