Love in the air and a body in the trunk 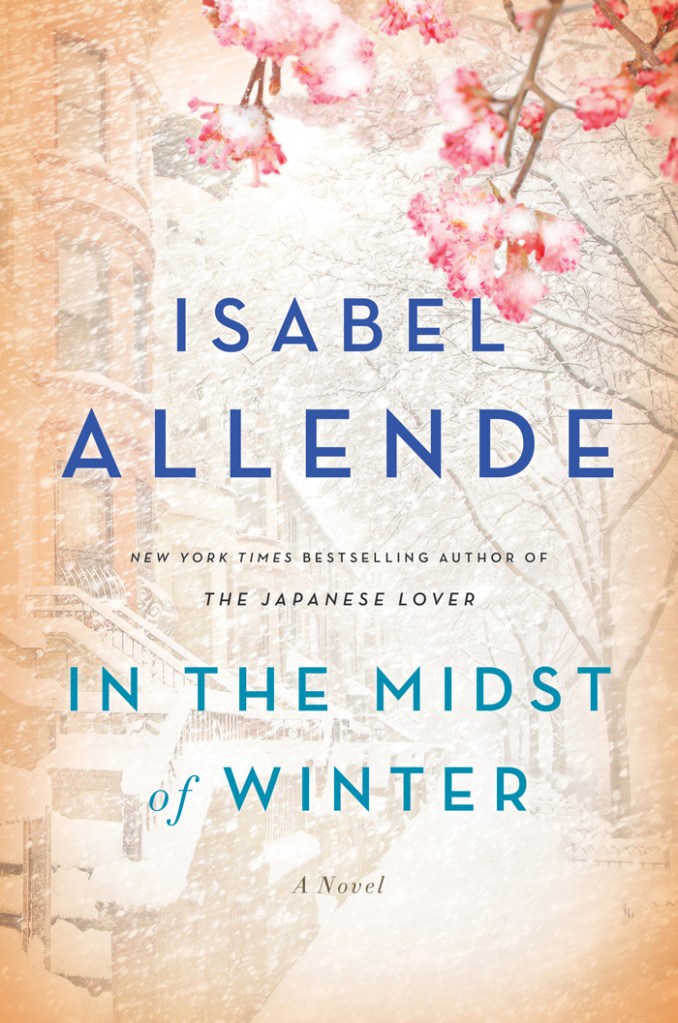 In the Midst of Winter

“In the Midst of Winter,” by Isabel Allende. Translated from the Spanish by Nick Caistor and Amanda Hopkinson. Atria. 352 pp. $28.
By Ron Charles
The Washington Post

The emotional range of Isabel Allende’s new novel is stretched so wide that it’s a miracle the book’s spine doesn’t break. We’re used to dark comedies, the ironic mingling of humor and despair, but “In the Midst of Winter” is a light tragedy, an off-kilter mix of sweetness and bleakness held together only by Allende’s dulcet voice.

The title comes from a line by Camus, who knew something about the oscillations of joy and sadness himself: “In the midst of winter,” he wrote, “I finally found there was within me an invincible summer.” That’s an inspiring sentiment, a hopeful promise to those in darkness and a truism for anyone who has emerged from it stronger. But the challenge for a novelist is how to convey that gospel without trivializing life’s horrors or falsifying the possibilities of happiness.

“In the Midst of Winter,” opens on a snowy day in Brooklyn. Lucia, a Chilean professor “blessed with the stoic character of her people,” hates the cold weather and feels cooped up in her basement apartment.

“She missed sex, romance, and love,” Allende writes. “The first of these she could obtain every so often, the second was a matter of luck, and the third was a gift from the gods that would probably never happen.” Lucia would much rather be upstairs with Richard, the depressed colleague who hired her to teach at NYU four months ago, but he’s already rebuffed her not-so-subtle entreaties.

“Afraid of falling into the trap of romanticism,” Allende explains, “he never asked himself why he rejected love, because the answer seemed obvious: it was his inescapable penance.”

From Chaucer to Shakespeare to Austen to countless funny movies, Allende is following the classic rom-com structure: a vivacious woman and a dyspeptic man who claims he’ll never love again. And “In the Midst of Winter” develops that late-in-life romance between Lucia and Richard with all the humor and charm one could ask for.

The catalyst is a minor traffic accident in which Richard runs into the back of a Lexus driven by a young Guatemalan nanny who works for a New York gangster. She immediately drives off but then shows up later at Richard’s apartment, terrified and begging for help because she didn’t have permission to drive her boss’ car.

And there’s a dead body in the trunk.

Richard “had lived in a perfectly controlled environment where there were no surprises or upheavals,” but clearly that’s about to change. Ill-equipped to handle this panicked young woman (or the body in the Lexus), he calls down to Lucia in his basement apartment, and we’re off and running!

If this were the circumference of “In the Midst of Winter,” it would be a delightful madcap comedy: “Arsenic and Spanish Lace.” But every other chapter, Allende interrupts the present-day zaniness with the backstories on each of her three protagonists — and those stories are not zany or comic; they’re scaldingly tragic.

We learn, for instance, that Richard isn’t merely a grouch; he’s traumatized by an unspeakable accident that no one would be expected to survive. Lucia, meanwhile, lost her brother in Pinochet’s reign of terror, and the young nanny whom she and Richard are trying to help was subjected to torture in Guatemala that shattered her mind and body.

Lacing such horrors into a novel as sweet as “In the Midst of Winter,” another author might be accused of galling naivete, but Allende knows these crimes as well as she knows grief. She survived the 1973 coup in Chile; a cousin, President Salvador Allende, did not. Her daughter died in 1992 at the age of 28.

In more than a dozen books, starting with her debut novel, “The House of the Spirits,” Allende has written about the trials of the oppressed and dispossessed, winning tens of millions of readers around the world and garnering a Presidential Medal of Freedom among many other honors. She writes with dramatic detail and moving sympathy about the plight of people risking their lives to come to the United States. She understands the powerlessness and fear of immigrants at risk of being sent back into the hell they have escaped.

But can such atrocities be woven into a romantic comedy in which a dead body is sometimes thrown around like a hot potato? One minute we’re laughing, the next we’re weeping, until that jumble of tones feels like watching 99 TV channels spin by.

And then, finally, the summer begins: “Enough wallowing in the sorrows of the past,” Lucia demands. “The only cure for so much misfortune is love.” It’s as though Allende has shifted from magical realism to magical feelism, some kind of synthetic hopefulness that asks us to brush off the agonies that her novel’s alternate chapters so indelibly portray.

“In the Midst of Winter” doesn’t challenge our faith in the ultimate triumph of love so much as our credulity about how that love might be attained and how unfettered it might arise. There’s a neatness to this story that the standards of romantic comedy demand but the history of these characters won’t allow.