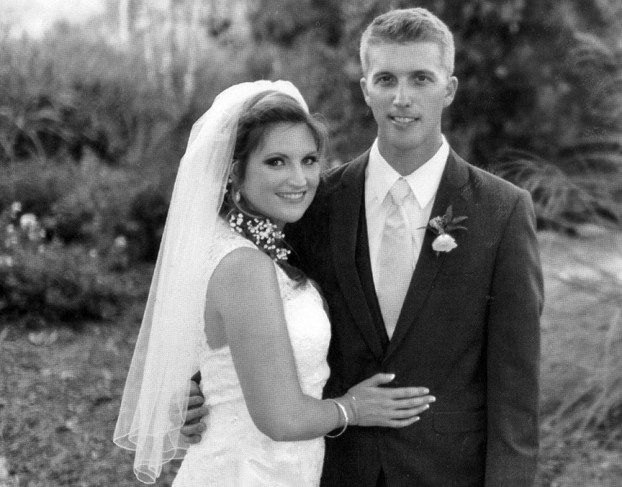 Elisabeth Benson of Winston-Salem and Ryan Carter of Spencer were united in marriage Sept. 22, 2017 at the Arbors Events in Cleveland. The 6 p.m. ceremony was officiated by the Rev. George Blackmore. A reception followed at the Arbors.

The bride was escorted by her father, John Benson. Attending the bride as maid of honor was Kristi Kretzer of Colorado Springs, Colo. Bridesmaids were Emalie Irons, Lauren Cihura and Tessa Strickland, all of Colorado.

Best man was Allen Carter Jr., father of the groom, of Spencer. Groomsmen were Nate Benson, brother of the bride, of Jacksonville, Fla.; Michael Hastings of Woodleaf; Michael Painter of Spencer and Garrett Harmon of Salisbury.

The bride is the daughter of John and Louise Benson of Winston-Salem. A 2003 graduate of Rampart High School, Colorado Springs, Colo., Elisabeth graduated from the University of Northern Colorado in 2009 with a Bachelor of Arts in Communications. She is currently employed with Childress Vineyards, Lexington.

The groom is the son of Allen W. Carter Jr. and Janet R. Carter of Spencer and the grandson of Ellen G. Carter of Salisbury and the late Allen W. Carter Sr. of Salisbury and the late Robert L. Ryan Sr. and Margaret W. Ryan of Spencer. A 2007 graduate of North Rowan High School, Spencer, Ryan graduated from Catawba College, Salisbury, in 2013 with a Bachelor of Science in Parks Management and Recreation. He is currently employed with Norfolk Southern Railroad, Linwood.

Following a wedding trip to Emerald Isle, the couple will make their home in Linwood.

Ashley Haynes and Christopher Merrill of Arden were united in marriage on October 7, 2017 at the home of Joe... read more