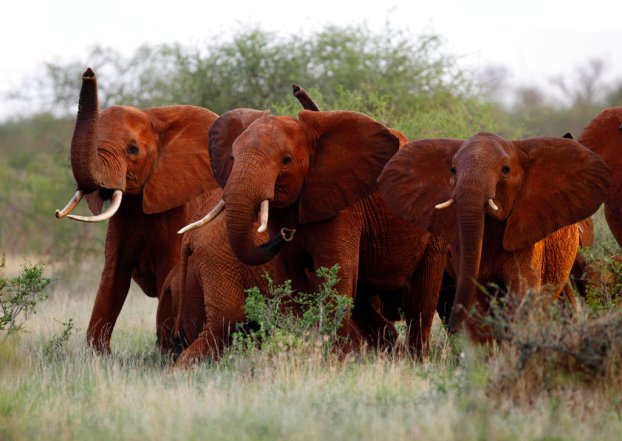 Ada Fisher: Can Trump save elephants?

The move to drop the USA ban on big-game trophies from Zimbabwe and Zambia is ill-conceived. The U.S. Fish and Wildlife Service does a disservice to the most massive mammal on earth—pachyderms whose pregnancy cycle may run longer than 18 months and need for space increasingly sees their extermination with a 30 percent decrease from 2007-2014.

As game mammals and other undomesticated animals find their spaces to roam threatened — witnessed by civilization’s intrusion on animal habitats here, such as that for the bison and deer— hunting and poaching thrive underground. Elephants were long used as beasts of burden in clearing the paths for the very civilizations now threatening to consume them to death, while profanely and vainly adorning man’s body with their ivory. Elephants worldwide total less than 300,000.

How ironic that elephant protections are now being considered for loosening by the very political group — the Republicans — that adopted elephants as the party mascot. Hopefully this doesn’t foreshadow things to come for Republicans themselves, as human citizen safety nets are being considered for elimination. Pro-environment and conservationist Republican Theodore Roosevelt in 1906 established the U.S. Forest Service, created five National Parks and, with the Antiquities Act, led to 18 national monuments, including 230 million acres of protected land, 51 bird reserves, four game reserves and 150 national forests.

Appreciating the threat to elephants, Quitman, Arkansas, has Riddle’s Elephant & Wildlife Sanctuary. There’s the California Performing Animal Welfare Society (PAWS).  Fellsmere, Fla., has The National Elephant Center. Polk City, Fla., has Ringling Brothers Center for Conservation; and Hohenwald, Tenn., has  the Elephant Sanctuary. These are the only elephant reserves in the United States. Such should also exist in other cloistered areas, rather than allow adoption of wild animals by unlicensed individuals.

Elephants are competing for land in Africa and other locales where they live with human growth and greed. Their long reproductive cycle impedes their repopulation in a timely fashion; therefore, if they are to survive, mankind must create a space for them.

So, too, is it with lions, giraffes and other “wild” animals who have been felled by those with an arsenal of guns to wipe them out. Instead of adopting highways and other things which seem absurd, go adopt an elephant or adopt a child to enhance our being. Exert one’s individual responsibility to care and nurture those within the circle of life.

Dr. Ada M. Fisher of Salisbury is the N.C. Republican National Committeewoman. Contact her at DrFisher@DrAdaMFisher.com

… Proposal to school board recommends possible school closures The list of persons who served on the Capital Needs Committee... read more