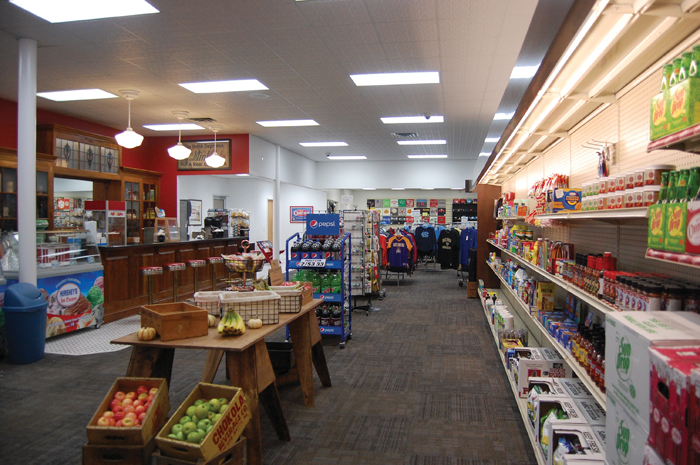 SALISBURY — Justin Wells has been working alongside his stepfather, Mike Fuller, since he was 15 years old.

So, when Mike and his brother, Steve Fuller, decided that it was time to sell their family business, Innes Street Drug, Justin said it was difficult.

“The plan, as I’d grown up working here, was to eventually take over the pharmacy and run that. And that didn’t pan out,” Justin said in August, just before Innes Street Drug closed.

Since 2009, Justin owned and worked at Ultimate Sports Apparel, which used to be located just beside Innes Street Drug, in the same building, on South Main Street.

Justin said that pharmacy work didn’t pan out for him not because he wasn’t interested in pharmacy but rather because there “wasn’t enough business left to save.”

“I think things have just changed so much in the pharmacy industry and then, if you’re not a pharmacist, it makes it even tougher to try to run a pharmacy because (of) rules and regulations. I couldn’t even be in the building by myself. So it would just be tough to be a non-pharmacist owner,” Justin said.

Instead, when he heard that Innes Street Drug would be closing, he came up with a different idea for that space that would keep part of the store’s legacy going: a local food store called Fuller Market.

From the inside of the newly renovated store Monday, Justin gestured toward the store’s iconic soda fountain.

“I think the soda fountain was probably the one thing that people were going to miss the most. Obviously you lose a pharmacy but, you know, this is something that set them apart,” Justin said. “So we’ve tried to keep all of that. And then just add to it.”

Over the course of the last month, Justin; his wife, Sam; his father-in-law, Adam Palace; his stepdad, Mike; and his mom, Julie Fuller, have moved his Ultimate Apparel Store merchandise into the back of Innes Street Drug’s old location — 112 S. Main St. — and transformed the front of the store into a market.

“When it’s local, we’re going to get local. That’s the plan,” Justin said.

Justin said that he’s hoping the snacks in the front of the store will bring a new kind of crowd into his apparel store.

“What you need is foot traffic. You’re going to get more of that selling snacks and drink than just being sports-side on your own,” Justin said. “So I think this will bring in a new group of people that just want a drink and a snack, but you can’t help but look at this while you’re in here.”

Justin said that they also plan to expand their selection of snacks in the next few months. In the weeks before the market opened, he and Sam posted a feedback sheet on a window that gave them quite a few ideas.

“We got three or four pages, or five pages, out of it,” Sam said.

Justin said that he’s already been in communication with a farm — Two Pigs Farm — that might be able to supply the market with local produce and local meat.

For now, Justin said, the next few weeks will be an adjustment period, while he and Sam continue to get suggestions and get used to running the market.

Justin said it would also take a while to get used to not having his mom and stepdad next door.

“…I come to work and they’ve always been next door. So it’ll be different coming when they’re not here. … But maybe not in a bad way. It’s just going to be different,” Justin said.

He said that having the support from Mike, Julie and Steve has made the transition easier.

“Because they’re watching us do something new and at the same time watching what they had go away. So it was hard. And it still is. You know, I think when they walked in over the weekend and saw this for the first time, that was probably when it really hit them,” Justin said.

“(Mike) wants to be the greeter at the front door,” Sam chuckled.

The approximately 2,200-square-foot space next to Fuller Market is also still available to rent. For more information, call Justin at 704-637-5144.