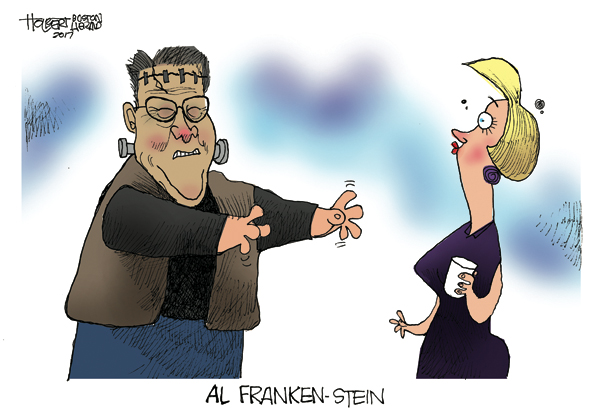 Leonard Pitts: What does it mean to be a man?

So I guess you can take men off the endangered species list.

It wasn’t that long ago we were hearing that men were in trouble. It was said that our manly maleness was under siege from a culture of runaway political correctness hellbent on snipping off our masculine accoutrements and turning us into sissified wimps who ate kale, clipped coupons and talked about our feelings. Fox “News” sounded the alarm about what it dubbed the “feminization” of the American man.

From commentator Todd Starnes warning about colleges that were turning men into women, to anchor Brit Hume explaining that people only think Chris Christie is a bully because they’ve been “feminized,” to morning show co-host Elisabeth Hasselbeck asking if all those unmanly men might pose a threat to national security, Fox was on this “story” like hyenas on a gazelle. Beyond Fox, people were writing books with titles like “The War Against Boys” and “Save the Males.”

The recent spate of sexual harassment and assault headlines suggests, not shockingly, that this concern was a tad overblown. Since last month, when film producer Harvey Weinstein was revealed as a porcine abuser of women, we’ve seen dozens of men unmasked as alleged predators against hundreds, maybe thousands, of victims, their reported crimes ranging from sexual harassment to sexual assault to child molestation, and stretching back for decades.

It’s a dishonor roll that includes the gay (Kevin Spacey), the straight (Ben Affleck), the reporter (Glenn Thrush), the comic (Louis C.K.) the hypocrite (Roy Moore), the guy you never would have expected (Al Franken) and the guy you really never would have expected (George H.W. Bush). This column is too short for a complete list and besides, it’d probably be easier at this point to name the men who have not been accused.

Suffice it to say, it seems obvious the problem with men isn’t that they’ve become feminine. Rather, the problem is what it has always been — that, as men, we too often define manhood by the use of our (usually) superior strength and/or position to take what we want. Which makes this an opportune moment to reconsider manhood, to ask anew what being a man means — and should mean.

With that in mind, a brief story.

A few years ago, I chanced to call one of my sons on the phone. He was huffing and grunting, obviously doing something that required great exertion. It turned out he was walking through a blizzard in knee-high snow on a day when every store was closed, trying to find diapers for his daughter.

I’ve never been more proud of any of my kids than I was of him right then. It was, I felt, a moment that deftly illustrated a truth about manhood that has gotten lost along the way. Namely, that our (usually) superior strength and position are not an end unto themselves. Nor are they a license to prey upon those who are less strong or in subordinate positions.

Rather, they are a gift that allows a man more ways to be of service to those around him. By itself it means little that you are bigger or more exalted. The measure of a man is what you do with those things.

It speaks to their massive failures of imagination and character that so many men can apparently think of nothing better to do with them than cop a feel. Our boys — and girls — deserve better examples. They deserve to be taught that genuine manhood, authentic manhood, requires no apologies or excuses 20 or 30 years down the line.

You see, Fox “News” has it exactly wrong. Men are not an endangered species.

Real men are another matter.

Leonard Pitts is a columnist for The Miami Herald, 1 Herald Plaza, Miami, Fla., 33132. Email at lpitts@miamiherald.com.

What does a journalist do after a long career of writing, editing and leadership in the newspaper profession? If you’re... read more