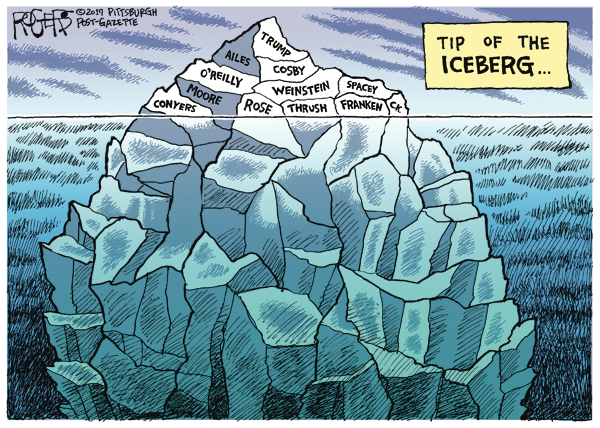 Thank you for bringing up these issues in the Post, David. They were spoken about by the candidates at several forums and I do hope the conversation will continue in this vein with the new council. I know I plan on bringing it to the front as well as some other issues that I have noticed during this election.

I take issue with the assertion that the mayor is accidental. There is a well-established process in law and precedent. There is no rolling of dice. There is no eight ball. There is no Ouija board. The people elect the city council and the council chooses a mayor. That’s deliberate from the bottom up.

Would you also call the election of the speakers of the house for the N.C. legislature or the U.S. House of Representatives accidental? England and several respectable countries around the globe elect their chief executive from their parliaments, which are analogous to the Salisbury City Council for the sake of this conversation.

The topic of how our county seat elects its leadership is worthy of the new board’s discussion. Thank you, David Post, for bringing the issue forward.

The last point, “Party talk,” is the most pertinent and alarming. According to Gallup, affiliation with both Democrats and Republicans is shrinking, and has been over the last 14 years. Identification as “independent” is growing. This trend is correlated by other think tanks and reputable polling organizations.

Yet the two parties continue this attitude that they are the only game in town. Their partisan division continues to worm their way into non-partisan races whenever it will benefit that party. Recently, it’s been the School Board for the Republicans and now the Democrats with the City Council.

While I congratulate Heggins on her victory, I am very much alarmed that she did so with the endorsement of a party, and I am concerned that she (like so many other partisan politicians) will put party line before doing what is best.

Indeed, the simple act of partisan endorsement in such local races gives me pause before voting for a particular candidate, and has made me reconsider the vote — for the School Board race as well as the City Council.

Al Heggins’ victory was not a result of political endorsement. It was a victory of good, old-fashioned politicking. Get out in neighborhoods, knock on doors, meet-and-greets and issues. Yes, talking about the issues in Salisbury. This is how you win elections. You don’t sit on your laurels or be rude or heartless, you talk to people. This is how you get votes from Democrats or Republicans or unafilliateds.

Voter apathy is an issue for all. We must get people to use their freedom and right to vote. We need longer early voting periods, weekend hours and more locations for people to vote. Tell the Rowan County commissioners to add money to Board of Elections to increase early voting hours and locations. … Make it easier to vote, not harder.

I was shown none of what the school system (says) that was written here. My daughter has asthma, an autoimmune disease called EOE and mental issues. Elementary school was not bad; she missed a lot of days but those were excused.

It was when she got to West Rowan Middle and West Rowan High schools that for some reason things changed. Her asthma was still a problem and her as yet undiagnosed EOE was still causing problems. So how did they helped me? Taking me to court for truancy even though all her doctors wrote letters explaining what was wrong with her. That was tossed out.

In high school it got worse, She was bullied and threatened and they just pushed it aside, then she was being sexually harassed … Her anxiety went through the roof and she even passed out in class a few times.

… So their idea of helping was to forbid us from making any appointments with any of her doctors during school, which set her treatment back. … I pulled her out of West and we went to Davie County where she did graduate.

Well, thank goodness we are recognizing the issue now. Especially since the Board of Education got rid of the Attendance Policy last year, but reinstated it for this school year. Now we have students who are still in the mindset that attendance does not matter; hopefully we can reach those students before it’s too late. This is a well-written article as to why attendance is important, and I am glad to see [the community] is speaking up and recognizing it.

… Letter: Gun control is not going to happen

No one is coming after your little pea shooters. Hell, I’m a “liberal” and I have weapons as well, and I am not in the least bit worried about it at all. Guns are a multi-billion dollar business that’s nit going to go away, legal or illegal. You are simply continuing to tell a patent lie.

You and every one of us are no match for our own armed forces if, one way or another, the government decided to take them.

“Gun control” is a part of U.S. history, to one degree or another, and was around in most of the towns of the Old West, where your guns had to be checked in before you went into town. That is an historical fact, and it’s not like what you’d see in the movies or read in one of your right-wing websites you tend to copy.

So, as amusing as it was to read your … rave, let’s calm down, get a grip and stop blaming something that doesn’t exist.

We constantly hear how Democrats want more gun laws, gun control, etc. The problem with this is that their plan(s) are always to take firearms away from decent, law-abiding citizens. Where’s their plan to disarm criminals? This may come as a shock to some elected officials, but the truth is that no matter how many laws, regulations and processes you have in place, criminals don’t care.

No one is coming to take guns away from lawful gun owners nor prevent them from buying more; we are trying to find ways to stop mass shootings from being the norm. Surely, that is something we all want. What positive suggestions can you offer?

What are the city’s and NCDOT’s plans for finishing the road between Innes Street and Faith Road?

What about Phase 2 over by Dicks and Hobby Lobby? I would love more info on what if anything will be happening in that area. Target?

I think we need to stop adding so much to that side of town. There is already a mess over there. … We need a couple restaurants closer to Salisbury Mall.

We need to talk to Walmart and have them build another one out by Statesville Boulevard and Innes and start revitalizing that area before it goes down any further.

Mr. Budd and Mr. Hudson failed to comment on the inclusion of Obama Care repeal in this tax plan. Thirteen million people will be without medical care. In addition, the poor and aged will have to pick up the costs of the tax cuts for the rich. This doesn’t seem like a good plan to me. If I survive this mess, I definitely won’t vote for those two again.

Such a great ideas — both bike sharing and poker run. Looking forward to a fun ride.

This sounds like a fantastic idea for all those out there who are bike riders. (And thank you for explaining the poker run. I’ve always wondered just exactly what that was.)

I have been downloading free audiobooks from the N.C. Digital Library for years. Couldn’t do without this service provided by Rowan Public Library.

… Larry Efird: Zach Thompson was the best version of himself

Thanks, Larry. Well said. May others take a few minutes to reflect upon these words. You have deeply touched my heart and soul during my winter season. Zach lives on in many hearts and minds. I miss all of you at AL Brown.

Thank you for writing this poignant article.

What a beautiful tribute. I didn’t know Zach personally, but I know he was a wonderful person, just from what I’ve read about him.

Another soul lost to glioblastoma. Sad. My husband is one-year post diagnosis. We will keep up the fight!

The list of persons who served on the Capital Needs Committee is quite an impressive collection of some of the very best leadership of our county. I am looking forward to the unveiling and discussion of their recommendations.