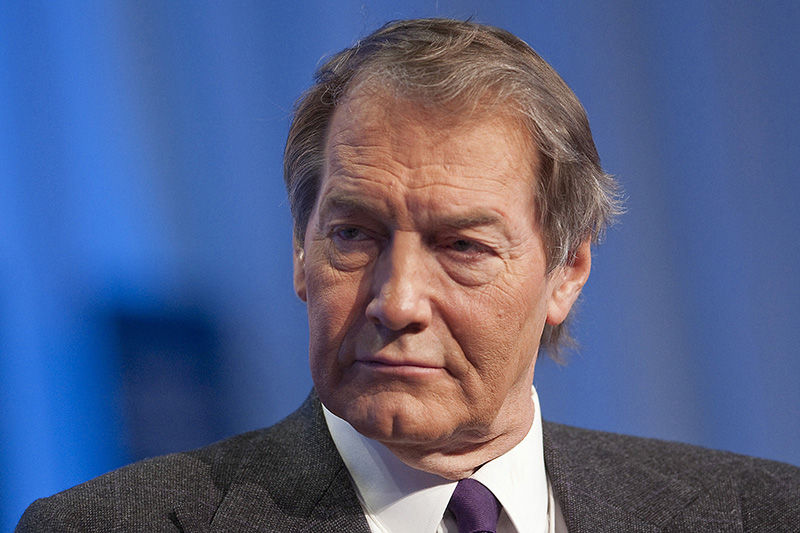 Gayle King had slept less than two hours. At times, Norah O’Donnell seemed on the verge of tearing up.

Nevertheless, the “CBS This Morning” anchors were there, seated at the glass table where they had hosted the show almost every weekday morning for the last five years.

A chair for Charlie Rose, their third co-host, was missing.

Rose was absent from Tuesday’s edition of the show he has been a part of since its inception: CBS News suspended him after The Washington Post published an extensive report detailing alleged unwanted sexual advances toward women by the 75-year-old broadcaster. The network announced his firing Tuesday afternoon.

On the morning after the newsman became the newsmaker, the sexual harassment allegations against Rose were the top story on “CBS This Morning.”

“We’re going to begin with news affecting all of us,” O’Donnell said matter-of-factly at the top of the program.

“This one does hit close to home,” correspondent Bianna Golodryga said in introducing a story about the allegations.

The “CBS This Morning” package recapped The Post’s reporting: Eight women, who were either employees or prospective employees of Rose’s, told The Post that he made unwanted sexual advances toward them between the late 1990s and 2011.

“As tough as this story is, it’s important that we cover it,” Golodryga said.

And then, in a remarkable segment, Rose’s co-hosts slipped out of their newswoman roles and spoke as … people, full of anger and bewilderment and betrayal.

“This is a moment that demands a frank and honest assessment about where we stand and more generally the safety of women,” O’Donnell said. “Let me be very clear: There is no excuse for this alleged behavior. It is systematic and pervasive.”

She added: “This has to end. This behavior is wrong. Period.”

Said King: “I really am reeling. I got one hour and 42 minutes of sleep last night. Both my son and my daughter called me; Oprah called me and said, ‘Are you OK?’ I am not OK.”

The Post article, she said “was deeply disturbing, troubling and painful for me to read.”

King noted that she and Rose “enjoyed a friendship and partnership.”

Now, she said: “I’m really struggling. … What do you say, when someone that you deeply care about has done something that’s so horrible? How do you wrap your brain around that?”

She added: “I am deeply rocked by this.”

Rose, King said, “doesn’t get a pass, because I can’t stop thinking about the anguish of these women … that and the pain that they’re going through.”

King noted that she hadn’t yet spoken to Rose but that she intended to call him at some point on Tuesday.

O’Donnell said she hadn’t spoken with him, either.