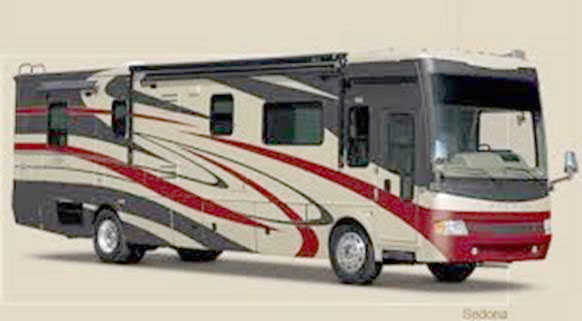 Three Florida fugitives were involved in the theft of this RV from the Peeler Road area. The men broke out of a Wakulla County jail and at some point were in Rowan County. One man, Casey Brandon Martina was arrested at a Rockwell home. Submitted photo SALISBURY — Two of three escapees from a Florida county jail are still on the run, but Rowan County authorities say before they fled, they committed crimes in here.

The third man, Casey Brandon Martina, 25, was arrested in Rockwell this week.

Joel Teraill Cooper, 43, and Donald James Cotterman, 44, fled through a ceiling in the law library at the Wakulla County, Florida, jail. Reports say the men jumped from the roof of the building.

On Monday, Rowan County sheriff’s deputies received a tip that one of the three fugitives was at a residence on Austin Street in Rockwell. Officials said at 1 a.m. Monday, deputies surrounded the mobile home and Martina was taken into custody. He remains in the Rowan County jail under a $260,000 secured bond.

A stolen Jeep Cherokee from Virginia was also found at the home by sheriff’s deputies. Investigators from the Wakulla County Sheriff’s Office joined Rowan County detectives in the search for the other two fugitives, officials said.

Detectives determined that before Martina’s arrest, a 2007 Pacifica recreational vehicle was stolen from the Peeler Road area. All three of the Florida fugitives are believed to have been involved in the theft, Rowan investigators said.

The Pacifica was taken out of state, and attempts to locate it continue in Virginia. The investigation also produced evidence that the three men were involved in several property crimes in Georgia, Virginia and Rowan County.

Law enforcement agencies in these jurisdictions have been contacted.

Cotterman and Cooper may have stolen firearms. Both were in Rowan County at one point. They were last together with Martina in Statesville before Martina’s arrest.

Authorities say Cotterman and Cooper may be driving a white commercial work truck with unknown Georgia registration and are possibly fleeing west out of North Carolina. Rowan sheriff’s detectives have obtained felony larceny charges in Rowan County for both of them.

Some churches and organizations will provide a free Thanksgiving meal for those in need in Rowan County. • True Holiness Church... read more