Family of 8 displaced after house fire on Ted Lane 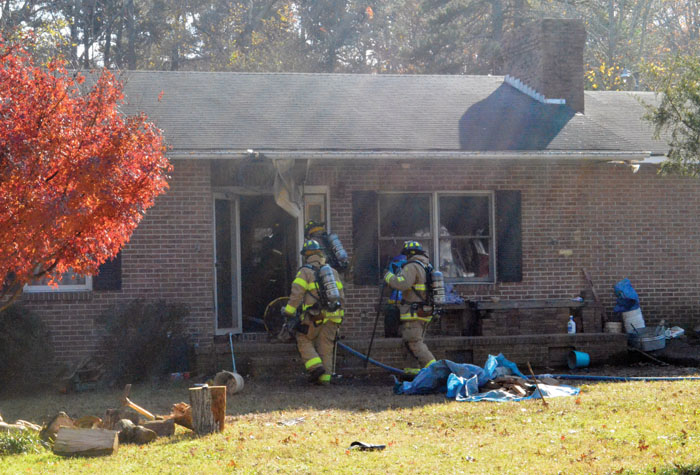 Two adults and six children were displaced following this house fire at 235 Ted Lane on Wednesday. The fire was contained to the chimney area of the living room. All of the occupants were able to get out of the home safely. Shavonne Walker/Salisbury Post

SALISBURY — A family of eight was displaced Wednesday after a fire at their home at 235 Ted Lane.

The family was able to get out of the home safely.

South Salisbury Fire Chief Bobby Burleyson said the fire was contained to the chimney area of the home.

Initially, the caller said that someone was still inside the house. But he confirmed that all of the occupants had made it out before firefighters arrived.

Two adults and six children live at the home, which is beside Chapman Custom Signs just off Old Concord Road.

Firefighters checked the attic and the wall behind the chimney to see if the fire had reached those areas.

Burleyson said the firefighters did a great job battling the fire. No injuries were reported.

The Rowan County chapter of the Red Cross is assisting the family.