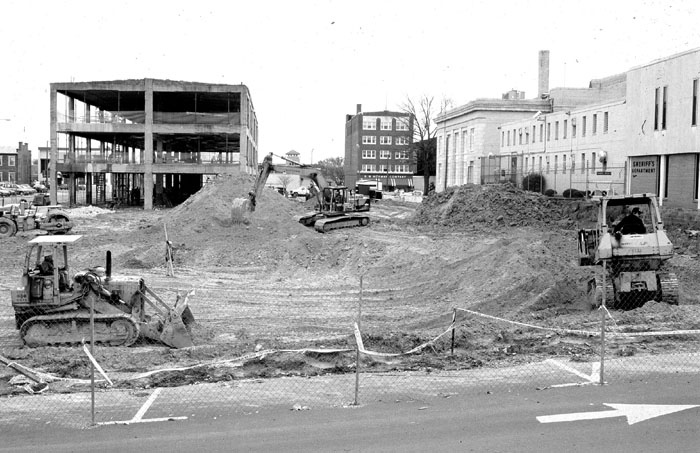 This photograph, taken from North Church Street, appeared in the Salisbury Post Feb. 20, 1993, and it shows heavy equipment reshaping the downtown block containing the Rowan County Courthouse, sheriff’s office and what once was Piedmont Garden Supply, which was by then the skeletal structure at left. The new Justice Center under construction was a jail, sheriff’s office and courthouse expansion costing Rowan County more than $12 million. Projected completion date was June 1994, but the project fell well behind schedule and wasn’t really ready until August 1995.