Spotlight Talent Show brings out the positive in Salisbury 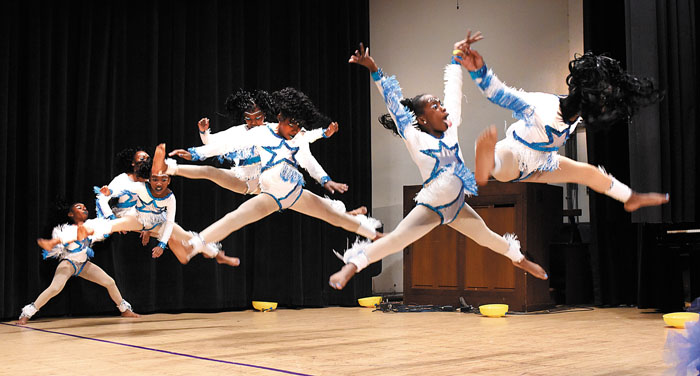 Read: Lots. With 22 competitors and special performances by four others, the 6 p.m show in Livingstone College’s Varick Auditorium lasted until just after 10 p.m.

The evening’s entertainment was as varied as it was impressive. Contestant performances included everything from original raps to dance solos and spoken word poetry.

Soulful adult performers of the night included Grace Renet, singing “At Last;” Jordan St. Denny, singing Whitney Houston’s “I Have Nothing;” Alisha Vann, singing “What is Love;” and Lily Bennett, singing “Rise Up.”

Faith seemed to be another common theme. Alan Murrah, Emily Avalos, Lucinda Jones, Judy Shives and J Wood each sang powerful, contemporary Christian or gospel songs that had attendees shouting and lifting their hands in praise.

“I have a big heart,” Neely said in regard to this mammoth set list. She continued with a laugh, “It was hard to tell anybody no.”

Stone sang an original piece, composed in tribute to Colin Kaepernick. Her performance had many audience members on their feet.

“Dear America,” she sang, seated behind a piano. “What’s a girl to do when she ain’t feeling no love from you?”

Special performances included an opening performance by Salisbury Flossy Posse; a dance battle between You’Nique Starz and Triple Threat Dance & Charm; and a solo by Big Mike from Day 26.

Radio personality Roxie, from 102 Jamz, tried to encourage sportsmanship, but the rivalry between the groups ran too deep. You’Nique Starz claimed top spot during the battle.

The atmosphere of the attendees was overwhelmingly supportive. All performers were given enthusiastic applause, and many caused proclamations or shouts of praise mid-performance.

This positiveness and sense of community coincides with Neely’s motivation for creating the show. As it came to a close, she explained.

“I like planning things and putting things together,” she said. “I thought this would be a good way to bring the community together, that it would be a fun and positive event to have to show that Salisbury is not all bad. We have talent too.”