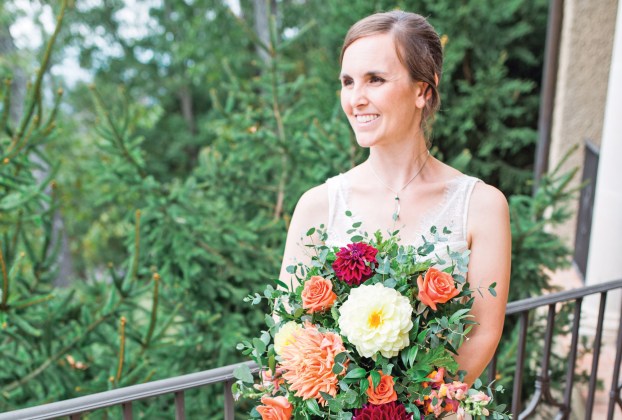 Ashley Haynes and Christopher Merrill of Arden were united in marriage on October 7, 2017 at the home of Joe and Janice Brumit in Asheville.

Pastor Marcia Mount Shoop officiated the 1 p.m. ceremony, which was followed by a reception at Bold Rock Cider.

The bride was escorted by Steve Haynes and Roger Meade. Kathryn Haynes of Greensboro served as maid of honor.

Serving as best man was Andrew Robinson of Black Mountain.

The couple are making their home in Arden.