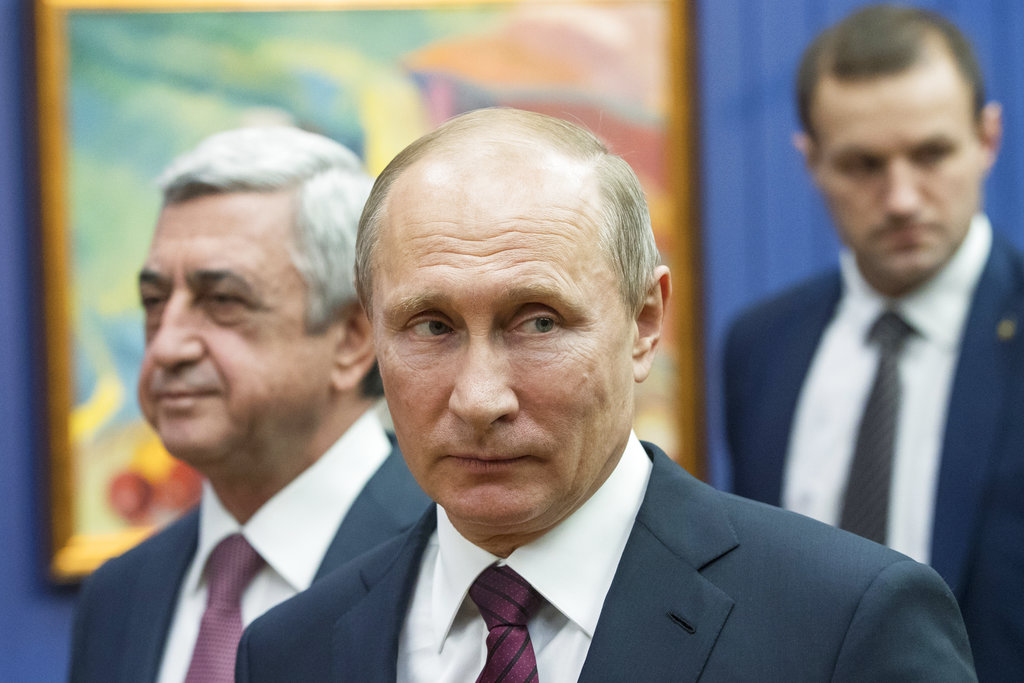 The Facebook ad had a picture of Satan, horned and gargoyled, arm wrestling with Jesus, with Satan saying, “If Hillary wins I win!” and a caption that said, “Today Americans are able to elect a President with godly moral principles… My vote goes for Trump!”

Who paid for the ad?

It said the Army of Jesus.

But on Facebook I only found one Army of Jesus, headed by a student at Liberty University who said he hadn’t posted that picture.

So who did pay for the ad?

A Senate and House intelligence hearing in Washington provided the answer: The Russians.

In Vietnam, Vladimir Putin told Donald Trump he never, ever “absolutely did not meddle in our election.” A reporter then asked Trump if he believed Putin. It took a while but Trump said flatly, No, he didn’t.

So the Democrats, the Republicans and President Trump all say the Russians meddled — but Putin says “Nyet.”

There’s a lot of foolishness and bluster in American politics but, if you want to see real evil at work, Russians using Satan to tell Americans how to vote fills the bill.

Cokie and Steven V. Roberts: Have I got a…